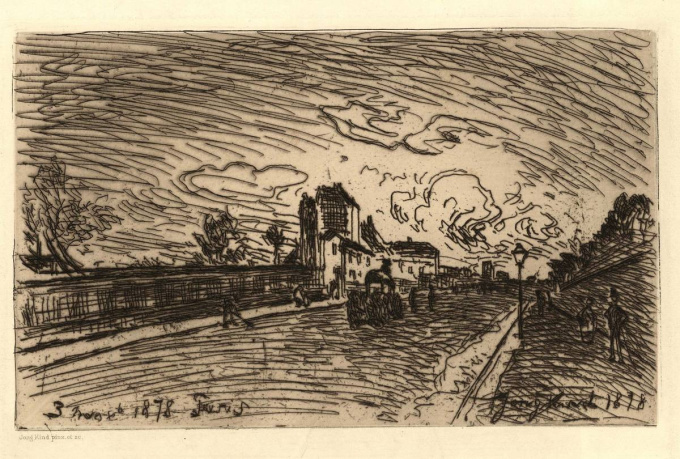 Etching, signed in the plate
14 x 23 cm
Delteil 20, supplied with collectors' seal from 'Nancy Cushman Baldwin'. An etching from Jongkind with the same origin is also included in the collection of the Rijksmuseum.

Jongkind spent most of his life in France, regularly returning to the Netherlands to draw inspiration, especially in Rotterdam, for his city and harbour views as well as his coastal and river landscapes of ships. His landscapes by moonlight were extraordinary. His spontaneous, free brushwork gave his paintings the immediacy of work by the Impressionists, yet they were all painted in his studio.
His French contemporaries admired his work and generally saw him as one of the pioneers of Impressionism: Manet described him as the father of modern landscape painters.