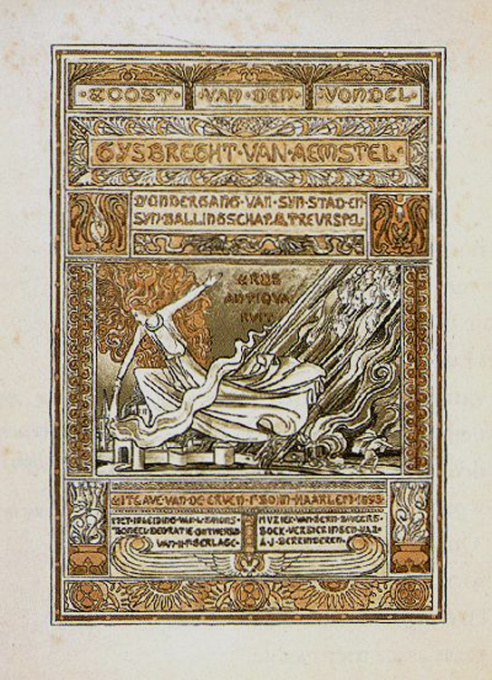 Antonie Derkinderen was born on December 20th, 1859 in the Dutch 's-Hertogenbosch. Between 1878 and 1880 he was a student at the Royal School of Fine Arts in the same city. In 1880 he left for Amsterdam, where he studied at the Rijksacademy. In 1882 he visited Brussels with fellow painter Jan Toorop for a year. In 1890 he settled in Laren, where he opened his own workshop for painting and decorating glass.

His workshop was not as successful as he had hoped and in 1907 he left for Amsterdam again. He started to work as manager of the Rijksacademie until 1925, which was the year he passed away.