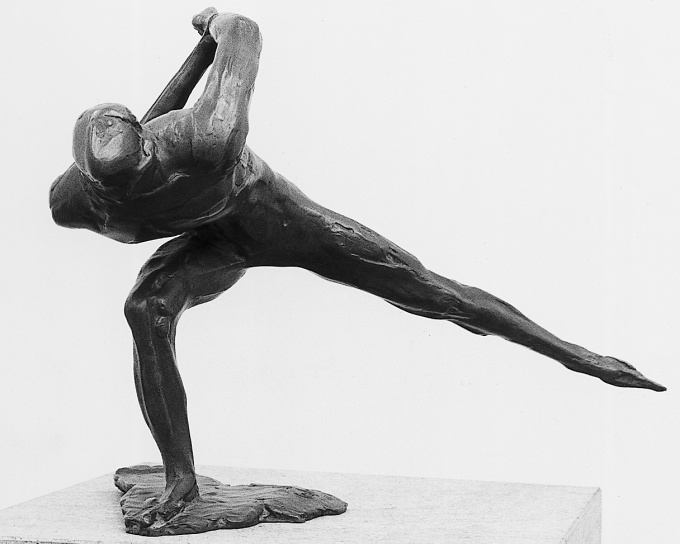 Piet Esser (1914-2004) was for many years professor of Sculpture at the Rijksacademie in Amsterdam. His sculptures can be found all over the Netherlands in musea as well as in the public space. Among them is a big sculpture of an iceskater. This smaller, impressionistic sculpture is a preliminery study for this monument.
Provenance: Family of the artist.

Piet Esser was a Dutch sculptor, married to the watercolour painter Dora Esser-Wellensiek.. He was a member of the Dutch "Groep van de figuratieve abstractie" (Figurative abstraction group). In 1938 he won the Prix de Rome and in 1956 he received the Prijs van de Stichting Kunstenaarsverzet 1942-1945.He was a professor at the Rijksakademie at Amsterdam (1947-1979) and he was a teaching figure for renowned individuals like Jan Wolkers and John Gardella.

Piet Esser is considered to be one of the best of 20th century Dutch portrait sculptors. Edwards worked are all over Netherlands on squares and in museums. He was praised for its beautiful art but also vilified by the emerging modern artists in the 1960s. He continued his work after his retirement in France.He died in 2004.