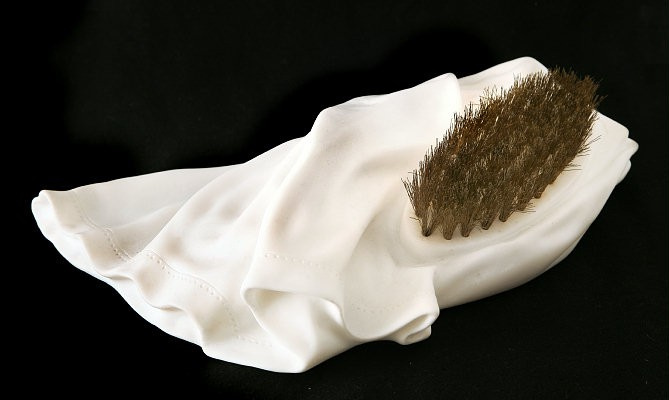 Silvina Spravkin (1954, Buenos Aires, Argentina) is an Argentine sculptor, who lives and works in Pietrasanta (province Lucca, Italy). From 1970 to 1974 she studied in various sculptors’ studios in Buenos Aires. Among others she was apprenticed to Leo Vinci. In 1975 she collaborated in the realization of costumes and set design in several Argentinian film productions. In 1976 she settled in Pietrasanta, where she began to work with marble and Venetian mosaic. In the next years she travelled a lot, across Europe and Egypt where she studied North-African cultures. She also visited Mexico and Guatemala, for a period of time, assimilating concepts and ideas of those cultures and applying them in her mosaic and marble works.