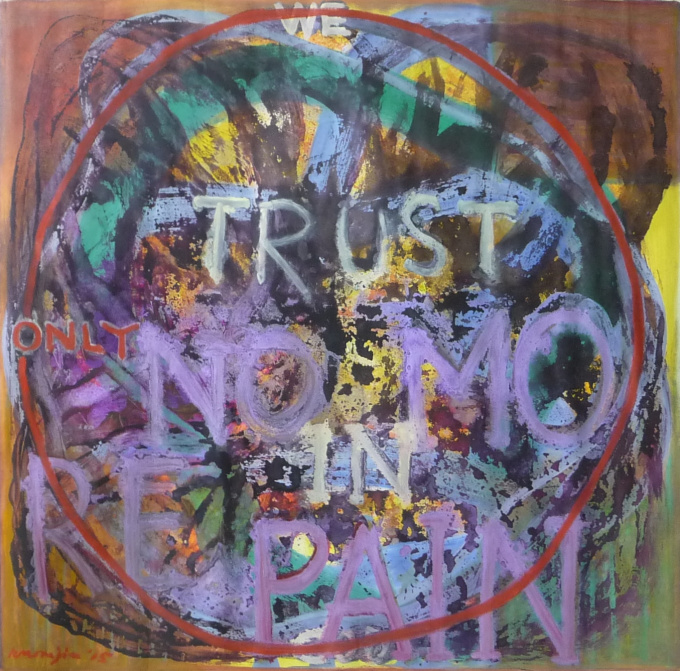 Krikor Momdjian (1947, Bourj-Hammond, Lebanon) is born from an Armenian family in Lebanon, he grew up in Beirut. He is a visual artist and poet. From 1961 to 1964, he was a pupil of the Seminary of the Armenian Monastery St James in Jerusalem. He studied at the Hovaguimian Manouguian High School in Lebanon from 1964 to 1967. In 1967, he entered the Institut National des Beaux-Arts (National Institute of Fine Arts) of the University of Lebanon in Beirut (INSBA), where he graduated in 1972, with a diploma of Interior Design/Fine Arts (first prize, scholarship for three years to study abroad). In 1972 and 1973, he studied design and art history at the International University of Fine Arts in Florence. From 1973 to 1976, he studied fine arts and graphical arts at the École Nationale Supérieure des Arts Appliqué’s, and at the École Nationale Supérieure des Arts Déco & des Beaux-Arts in Paris. Since 1979, he lives and works in the Netherlands. Krikor Momdjian is a versatile multimedia artist and poet. His triple identity, Dutch, Armenian, Lebanese, is of crucial importance for his work. He had many exhibitions in the Netherlands and abroad, for instance: Galerie des Beaux-Arts, Paris, 1975; Exhibition of Krikor’s paintings and etchings at the Pembroke Art Gallery, Oxford, 2016; Le Salon 2015, Museum Gouda, 2015; De Salon, Grenzeloos, Arti et Amicitiae, Amsterdam, 20013. Assignments in public space, among others: Monumental painting for the SPREY Building, Alphen aan den Rijn, 2000.