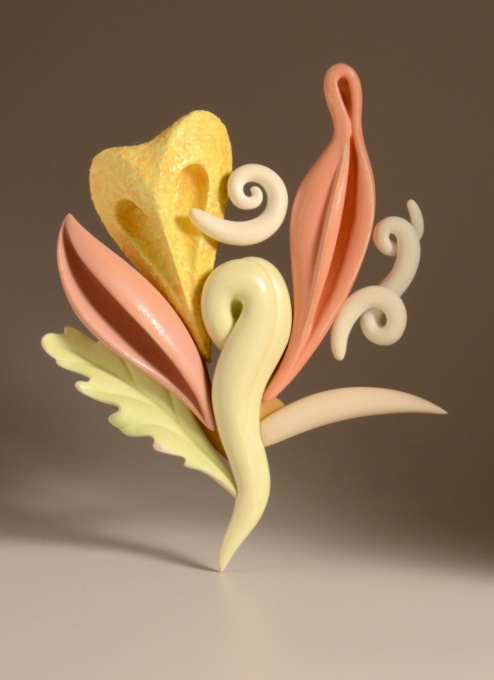 Bruce Metcalf is an American jeweller and sculptor who was born on September 30, 1949 in Amherst Massachusetts.

He attended the Syracuse University where he received his BFA in Crafts and Metalsmithing in 1972. Prior to this he majored in Architecture. After this Metcalf enrolled at the Montana State University from 1972-1973, followed by SUNY College in New Paltz from 1973-1974.

Over the years Bruce Metcalf has been awarded several prices including the Society of North American Goldsmiths Metalsmith Writer’s Award in 1997 as well as many grants and fellowships.