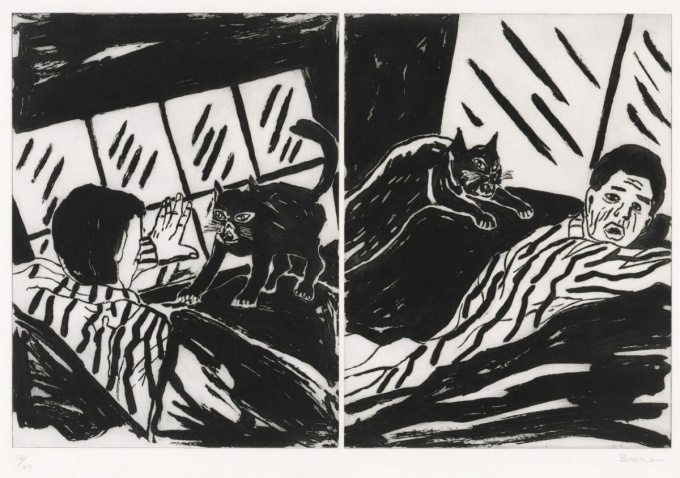 Richard Bosman was born in Madras, India, and currently lives in Esopus, NY. Richard Bosman is a painter and printmaker known for his woodcuts depicting turbulent seascapes. In the early 1980s, Bosman heralded the return of representation with dramatic paintings that recalled the drama and dark romance of sensationalist crime photography and pulp fiction. Later in his career, he moved away from manmade drama, opting to depict instead the natural phenomena of volcanoes, ebbing tides, and crashing waves. It’s tempting to peg Bosman as a die-hard expressionist, using the ocean as a symbolic vehicle for the mystery of our emotional and spiritual depths. Nevertheless, his paintings of bathing beauties and waterlogged sailors have a kitschy, undeniably Pop sensibility.

Bosman is the recipient of a Guggenheim Fellowship. His work has been exhibited extensively, including solo shows at numerous international galleries, as well as in group exhibitions at venues including the Museum of Modern Art, the Walker Art Center, the Whitney Museum, and the Brooklyn Museum.