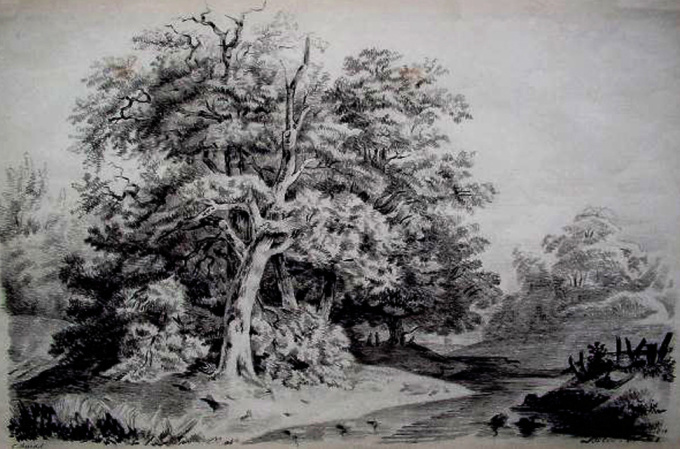 Sketch of a landscape 19th century

About the Artist - 41 more artworks

Lawrence Alma-Tadema is one of the most highly renowned romantic artists of late 19th century Britain. He was born in the Netherlands as Laurens Tadema, to the family of the town notary. Later, as he tried to make his niche in the art world, he changed the spelling of his first name to the more English “Lawrence,” and included his middle name “Alma” as part of his surname, so he would be listed among the “A’s” in exhibition catalogues.

As a child, it was decided that Alma-Tadema would pursue the career of a lawyer, but he suffered a mental and physical breakdown when he was fifteen years old. He was diagnosed as consumptive, given a short time to live, and thus free to pursue a life of leisure and pleasure. Once left to his own devices, he decided to study art, as his mother had paid for art lessons in his earlier childhood and it was one of his interests. He regained his health and studied at the Royal Academy of Antwerp in 1852, where he won several respected awards. His first major work was exhibited in 1858, and it won much critical praise, and creating a sensation in the art world. By 1862, he set own in his own studio to pursue his individual career in art.

In 1869, Alma-Tadema lost his wife of six years to smallpox. Disconsolate and depressed, he ceased painting and his health was failing. Under the advice of his physician, he traveled to England for a medical diagnosis, where he was invited to the house of a fellow painter, Ford Madox Brown. It was here that he laid eyes on Laura Theresa Epps, who was 17 at the time, and fell madly in love with her. Alma-Tadema took advantage of the outbreak of the Franco-Prussian war to relocate to England, where he wasted no time contacting Laura and contracting her in private art lessons. It was during one of these lessons that Alma-Tadema proposed, and they were married shortly thereafter. Alma-Tadema was 34 years old, and the bride 18.

Alma-Tadema spent the next part of his life traveling through Europe, and enjoying the continued success of his paintings. As a man, his bursts of bad temper were eased by his extroverted, warm personality and sense of mischief. A perfectionist and obsessive worker, he also innovated a new numbering technique, which made it difficult for forgers to pass off unoriginal works. In his later years, although his artistic output decreased somewhat, he enjoyed continued success, eventually becoming one of the wealthiest painters of the 19th century. He was knighted in England in 1899.

In 1912, Alma-Tadema traveled to Germany to undergo treatment for stomach ulcer, and died in Germany at the age of 76. After his death, his work was mostly ignored. Due to the drastic changes taking place in art, Alma-Tadema’s artistic genius would not come into the public eye again until the 1960s. His meticulous work had since been used as source material for dozens of Hollywood movies.