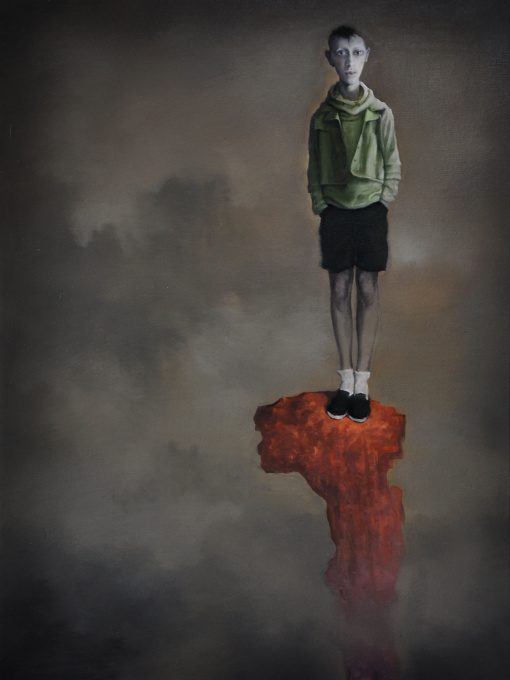 About the Artist - 19 more artworks

The Chinese artist AN KUN (born 1968) can be described as the artist with the velvet brushstrokes. But in the case of AN KUN they are brushstrokes with which he shares his opinions on society with the viewer in a charming and refined way. With compassion and respect for his subjects (how could it be otherwise: AN KUN paints only his inner circle of friends), he strips every subject of his or her Chinese characteristics and identity. And that is how AN KUN tells his own story.

Socially successful Chinese are keen to be painted by the master. And that’s quite strange. Because every subject who appears before An Kun’s easel is subtly relieved of his or her Chinese appearance. You would therefore think that his subjects would feel short-changed. But nothing is further from the truth. It is a great honour to appear in a painting by AN KUN.

In his series of paintings PRETTY, BOURGEOIS FRIENDS (2010-2014) AN KUN depicts the ambitious, wealthy Chinese in a European style. The series consists partly of portraits, and partly of full-length paintings, supplemented with complete scenes featuring multiple subjects in one work.

With his subtle visual language the artist feeds the discussion about the increasing westernisation of Chinese society. In fact AN KUN paints his Chinese bourgeois friends in disguise. He does this magnificently and with unanimous approbation from art connoisseurs around the world. That is AN KUN’s strength: quality and spirituality.