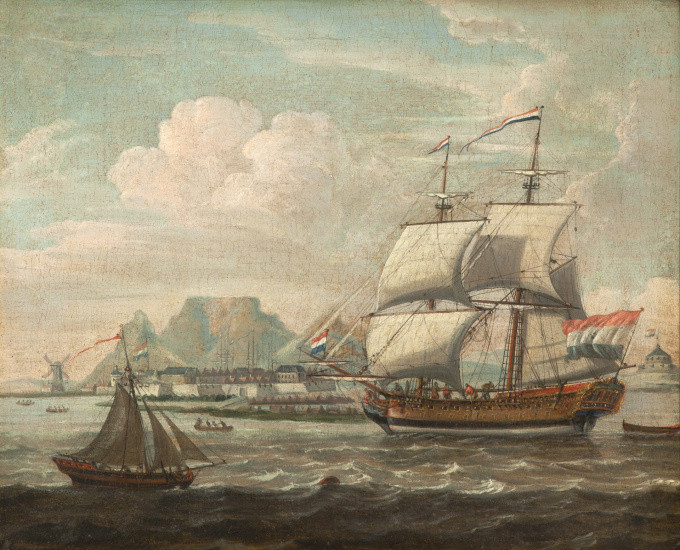 The Dutch school was a movement created by Dutch painters from the early Renaissance to the Baroque period.
It includes Early Netherlandish (1400–1500) and Dutch Renaissance (1500–1584) artists active in the northern Low Countries and, later, Dutch Golden Age painting in the United Provinces.

Various well-known painters, sculptors and architects of the seventeenth century, who were part of the Dutch School, are known as "Dutch masters". But, earlier artists are generally referred to as part of the "Netherlandish" tradition. Hieronymus Bosch and Geertgen tot Sint Jans are well-known examples of fifteenth- and sixteenth-century Dutch painters.

Rembrandt van Rijn, Frans Hals, Johannes Vermeer, Jacob van Ruisdael and Jan Steen exemplify art during the seventeenth century. An individual work's being labelled or catalogued as "Dutch School" without further attribution indicates that an individual artist for the work cannot be ascertained.

There was a healthy artistic climate in Dutch cities during the seventeenth century. For example, between 1605 and 1635 over 100,000 paintings were produced in Haarlem. At that time art ownership in the city was 25%, a record high. Not all of these have survived, but more art has survived up to today from that period in Haarlem than from any other Dutch city, with thanks to mostly the Schilder-boeck published by Karel van Mandar in Haarlem in 1604.

The works of the Dutch School painters are still displayed in museums worldwide, including: