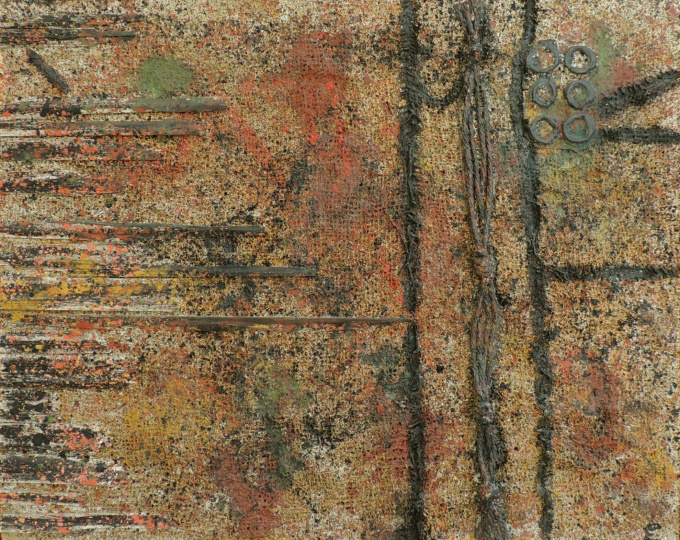 Eduard Hendrik Heijmans was known as a Dutch painter, born in 1912. After the Second World War, he settled down in the Dutch city of Aerdenhout together with his new wife M. Heijmans-Besier. The couple raised a daughter named Jacinta Heijmans. Due to a background as a cellist and wood technician, Heijmans began his career as an antiquarian in 1948. From 1958 onwards, he began painting himself. He was fully dedicated to his work, which first manifested itself figuratively and later became more abstract. His contemporaries were, among others, De Haan, Wagemaker, Van Odyck en Slingervoet. Painters as Verpoorten, Hannes Postma and Kees Okx can also be associated with him. We still have three scrapbooks by Heijmans left, in which he tracked his art publications, photography, and letters concerning art.

Heijmans was also involved in the field of poetry. Between the years 1964 and 1968 he published four books filled with poetry. His last work, Tutti Frutti à la Mort, was published in 1973, after Heijmans had already passed away.

The artist moved to Amsterdam in 1967. He married fellow artist Nuray Atas one year later, with whom he raised his second daughter, Emilia Heijmans. Heijmans passed away in 1972, at the age of 60. His work is currently present in the collections of many museums and renowned galleries, mainly located in Amsterdam.