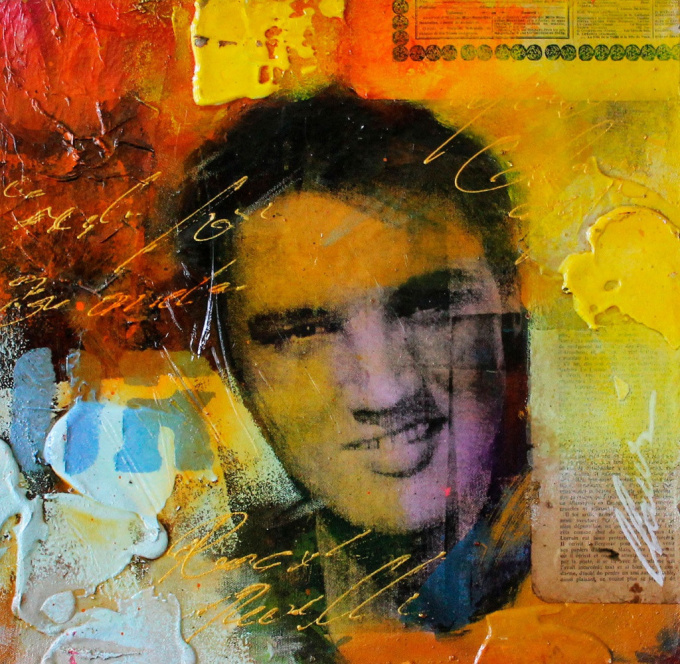 Claus Costa is a Brazilian artist. Born in Rio de Janeiro, he moved to the south of Brazil wheb he was five to live on his grandfather's farm. He was influenced by his aunt who was a sculptor and drawer.
In 1990- when he was 18 years old he served the police during two years. During this period he learned about value and friendship. After he left the police he started to study drawing and painting techniques. In 1992 he started to work with fine arts. Most of what he knows about painting he learned only by observing other artists working. From that time on he started to develop his own pictorial style until coming to the pop art which he executes nowadays.

Claus Costa’s mixed media techniques give his artwork a distinguishing mark of exclusivity; there’s no way of doing a piece exactly like another. Some of these techniques are oil, acrylic, crayon, textures and pasting.

His art is based on icons that took part in the life of many generations. His gestual expresses the contemporary world’s dynamism in which contrasting ideas and facts of the past are permanently present.