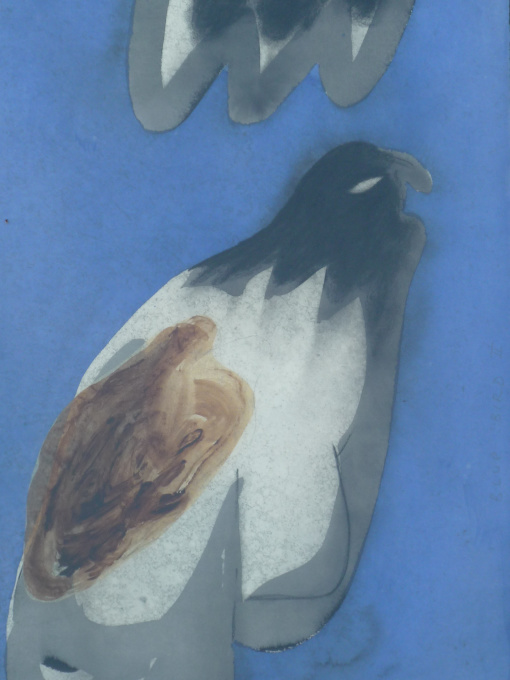 Do you want to buy this artwork?

Lei Molin (1927, Berg en Terblijt (Valkenburg) – 1990, Amsterdam) was a Dutch painter, draughtsman, wall painter, engraver, collagist and sculptor. As a painter, he was an autodidact. His subjects were figures, landscapes, abstractions, portraits, still lifes. In his early period (1944-1967) he worked in an impressionistic style. Afterwards, when he lived in North-Holland (1968-1985) he joined the so-called Amsterdam Limburgers, among others Pieter Defesche, Jef Diederen and Ger Lataster. In those years he was highly influenced by Cobra and Minimal Art. Exuberant colours disappeared in his works, he mainly used white, black and grey in his paintings. In his last period (1985-1990) he showed more colours again. He received his education at the Middelbare Kunstnijverheidsschool (School for Applied Arts) in Maastricht, and at the Académie Julian in Paris. He taught painting at the Koninklijke Academie voor Kunst en Vormgeving (Royal Academy of Arts and Design) in Den Bosch from about 1982 to 1985. He obtained a Royal Scholarship for painting in 1955 and 1956. In 1988, he was awarded the Jeanne Oosting Prize for painting aquarelles.