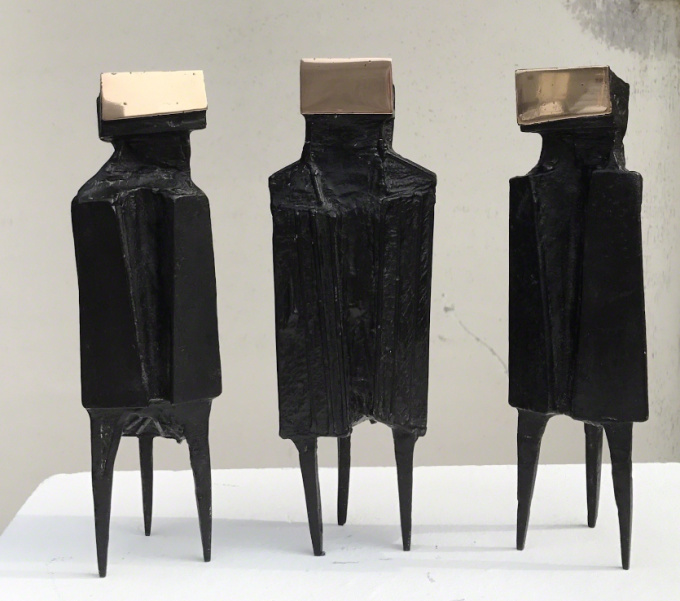 An English artist and sculptor trained as an architectural draughtsman, but began producing metal mobile sculpture during the 1940s. Chadwick was born in London and went to Merchant Taylor’s School.
Chadwick was commissioned to produce 3 works for the 1951 Festival of Britain exhibition. He exhibited at the Venice Biennale in 1952 with Reg Butler, Bernard Meadows and Eduardo Paolozzi and he won the International Prize for Sculpture in Venice in 1956.  His work is included in most major public collections. Chadwick is featured in the 1964 documentary film “5 British Sculptors (Work and Talk)” by American filmmaker Warren Forma. Many of Chadwicks prints gave been on exhibit at Tate Britain, London.
Three times married, he had four children: Simon by his first wife the Canadian poet Ann Secord whom he married in 1942, Sarah and Sophie by his second wife Frances Mary Jamieson whom he married in 1959, and Daniel by his third wife the Hungarian photographer Eva Rainer whom he married in 1965.
Chadwick was made a Commander of the British Empire in 1964, and a French Officier de l’Ordre des Arts et des Lettres in 1985.
He died at Lypiatt Park, Gloucestershire on April 25, 2003.