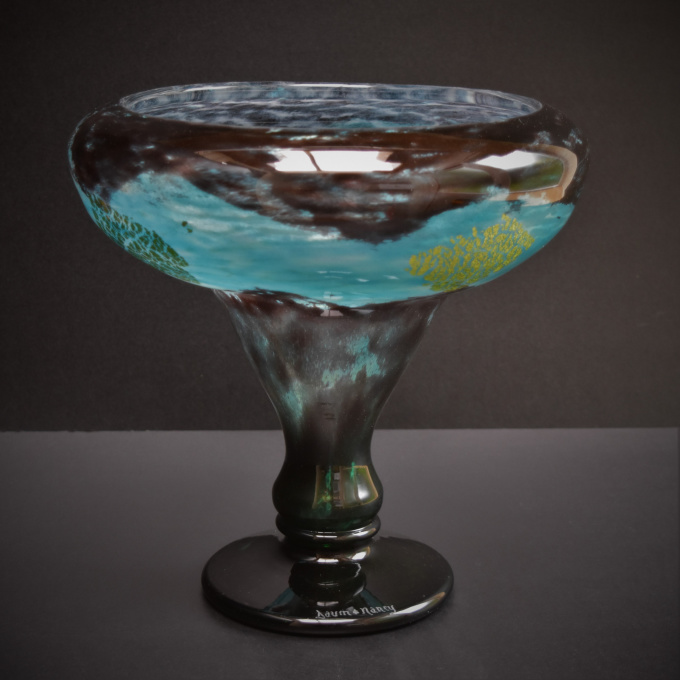 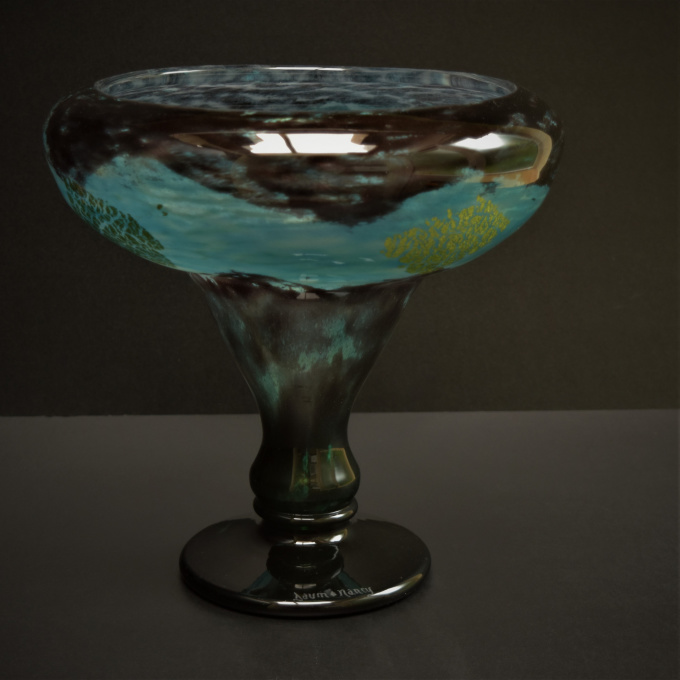 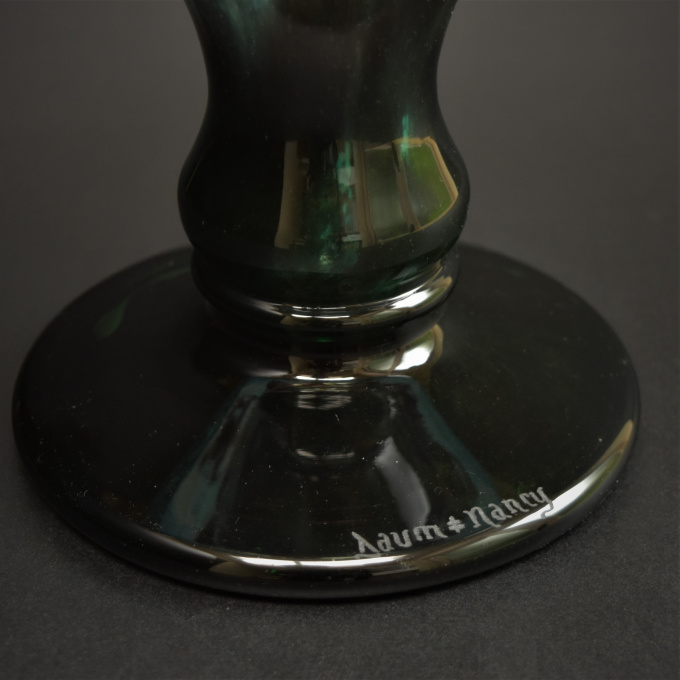 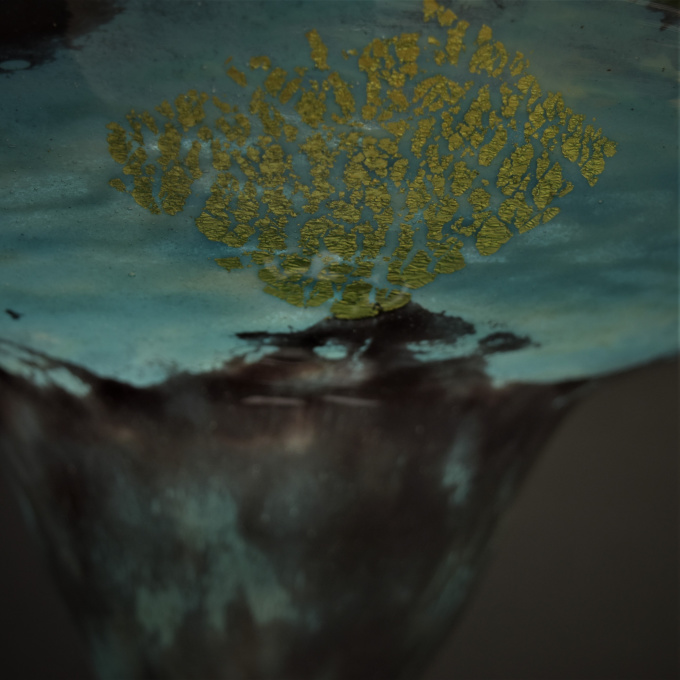 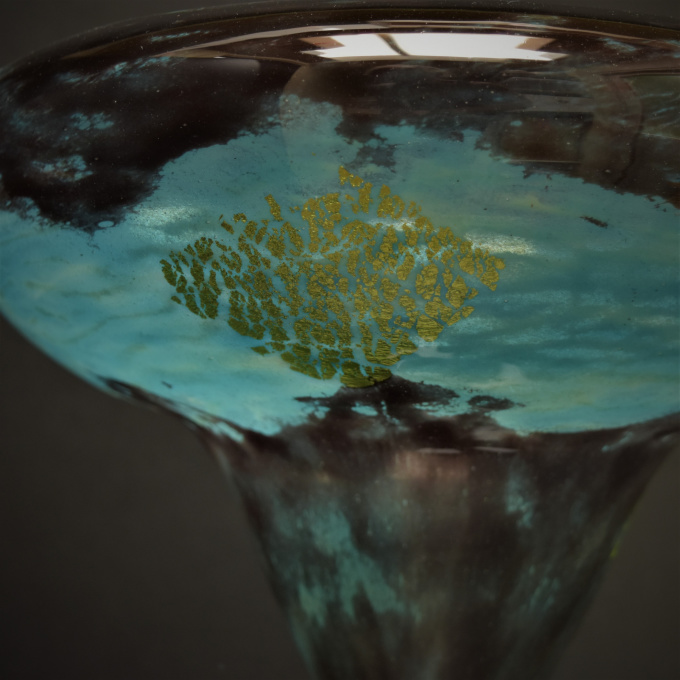 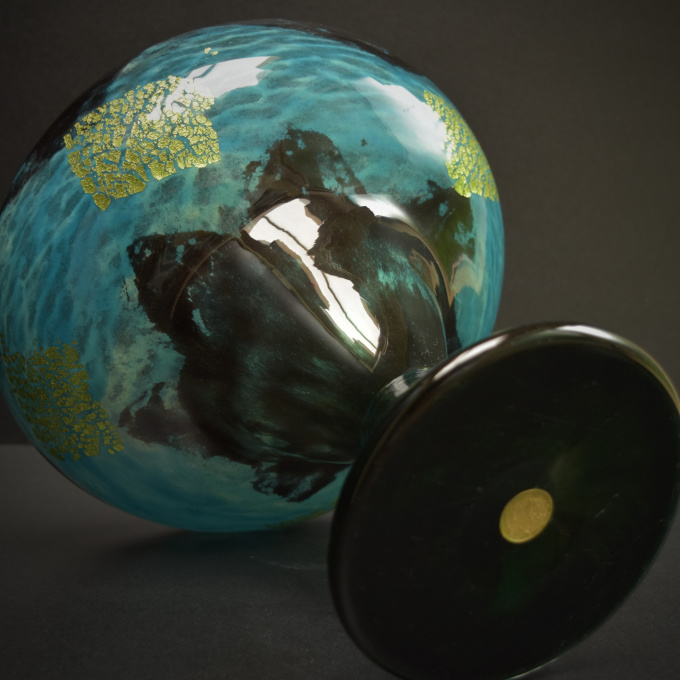 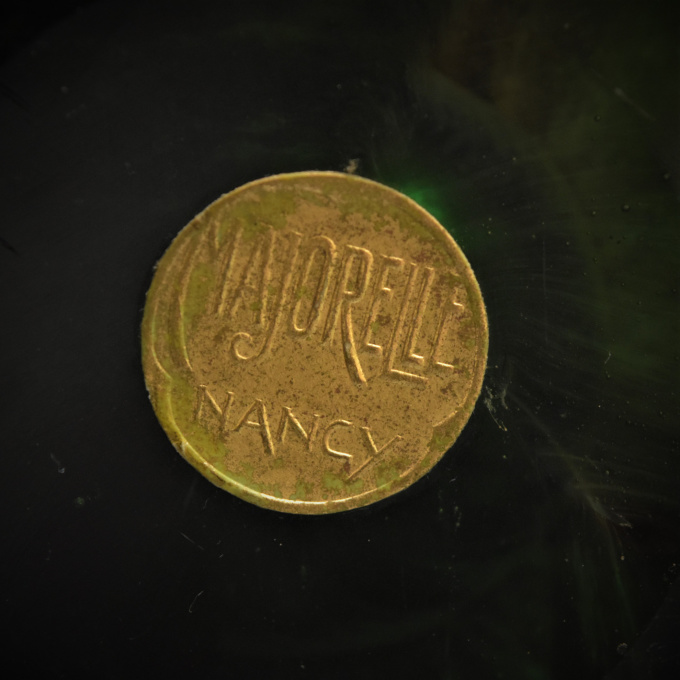 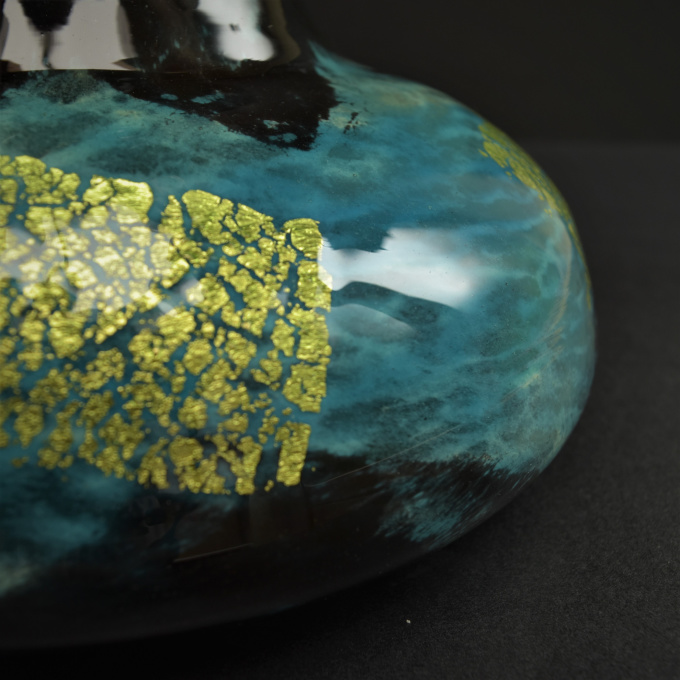 Very big an good colored Daum Chalice. Gold leave inclusions. Rare, especially with the original sticker of The Majorelle shop in Nancy where this chalise was sold.

Currently Daum is the only commercial crystal manufacturer employing the pâte de verre (glass paste) process for art glass and crystal sculptures, a technique in which crushed glass is packed into a refractory mould and then fused in a kiln.

During the Universal Exhibition of 1900 Daum was awarded a ‘Grand Prix’ medal. Daum glass became more elaborate, acid etching (by Jacques Gruber) was often combined with carving, enamelling and engraving on a single piece of glass to produce creative glass master-pieces.

The most complicated creations also feature applied glass elements, such as handles and ornamental motifs in naturalistic forms. The Daum brothers quickly moved on to become one of the major forces in the Art Nouveau movement, seriously rivalling Gallé, so much so that when Émile Gallé died in 1904 they became the leaders in the field of decorative glass.

In 1906 Daum revived pâte de verre (glass paste), an ancient Egyptian method of glass casting, developing the method so that by the 1930s Daum's window panels used pâte de verre for richness instead of leaded or painted glass. Today Daum still used this method to produce their pieces.