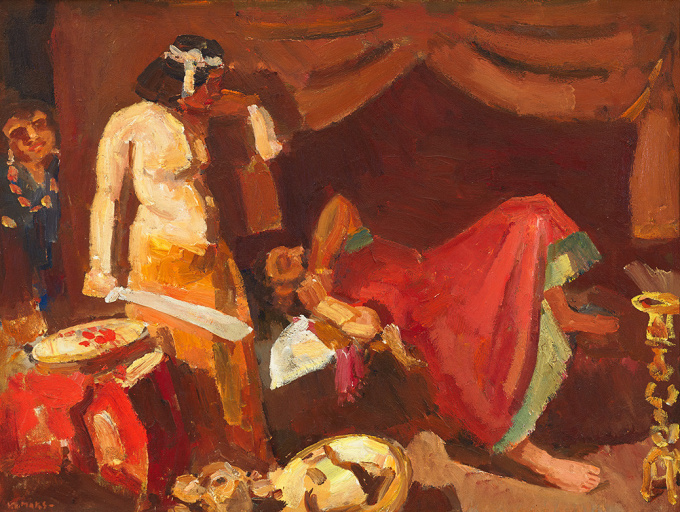 The painter Kees Maks was a pupil of G.H. Breitner, which can be traced in the bold, robust visual arrangement of his paintings.
He divided his time between Amsterdam and Paris and mainly painted scenes from the circus and theatre in rich tones and extreme contrasts of light and shade. His work was regarded by his contemporaries as non-Dutch but was well-received in France, particularly Paris.
Between 1910 and 1945 Maks participated in the capital’s annual Salons.