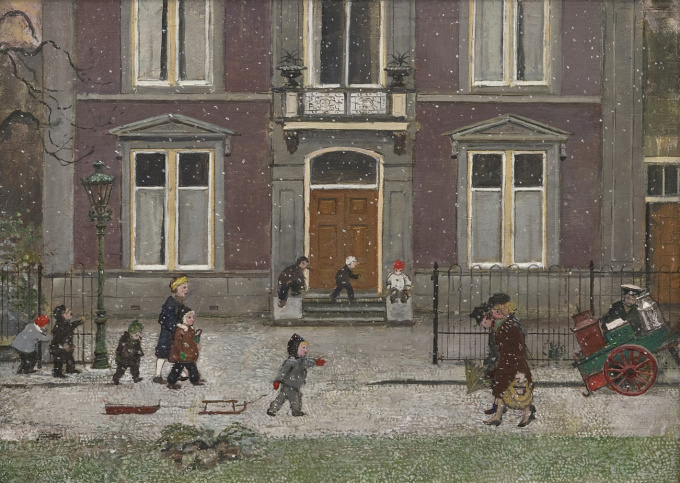 MarouflageOil on canvas laid down on panel
27.20 ⨯ 37.30 cm
ConditionGood
Price on request

Harm Kamerlingh Onnes grew up in an artistic family. He first had painting lessons from his father and then attended the Leiden Academy of Drawing. His style is completely personal and original and his city views and everyday representations can best be characterised as 20th century genre pieces. They are painted with humour in bold, vivid colours and were usually quite small in size. The painter found his subject matter around where he lived in The Hague, Delft and Voorschoten. He also painted domestic scenes in Midsland on Terschelling, where Huize Marijke, the family home, was situated.
He died at Leiden, the Netherlands.