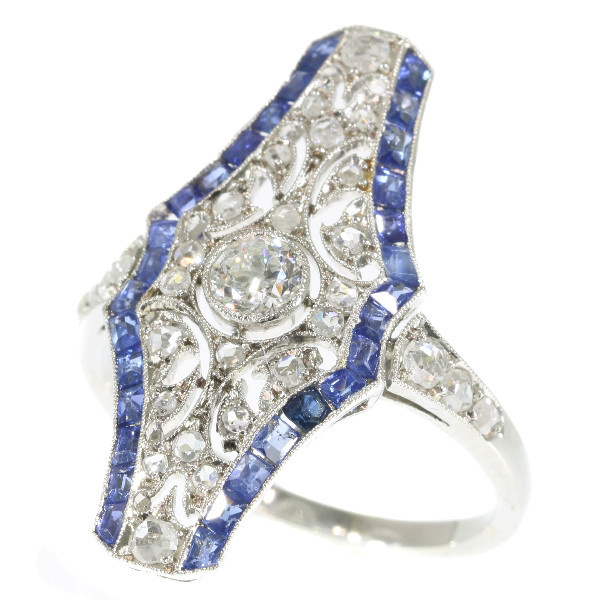 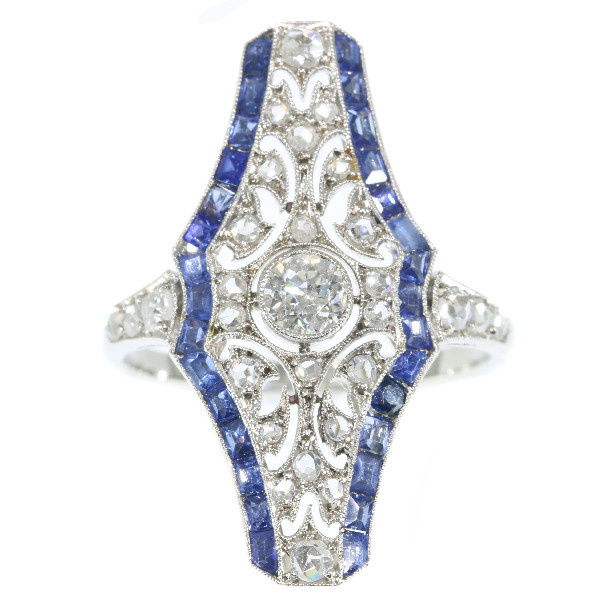 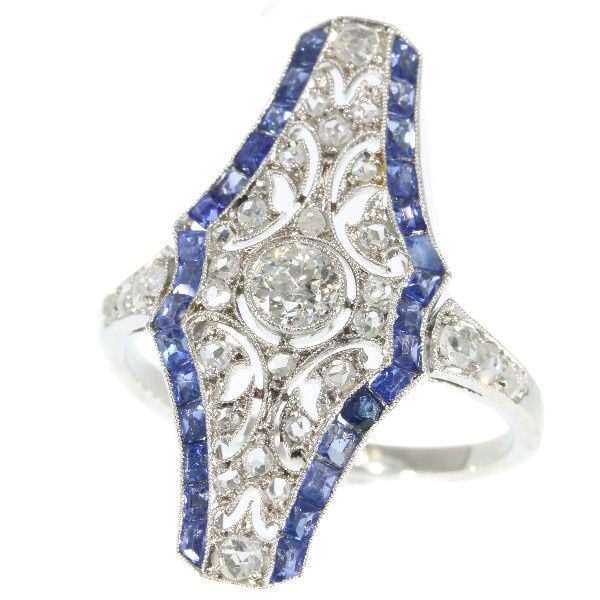 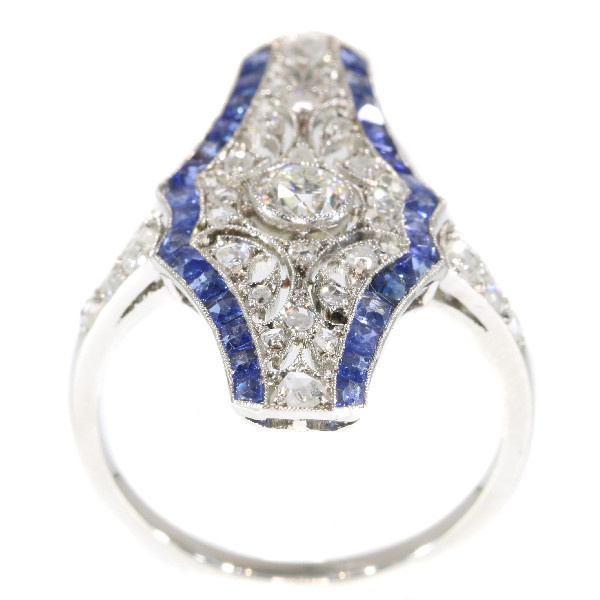 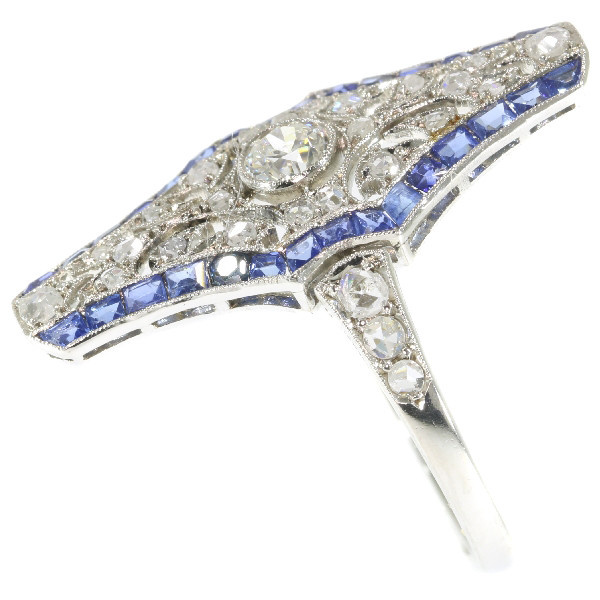 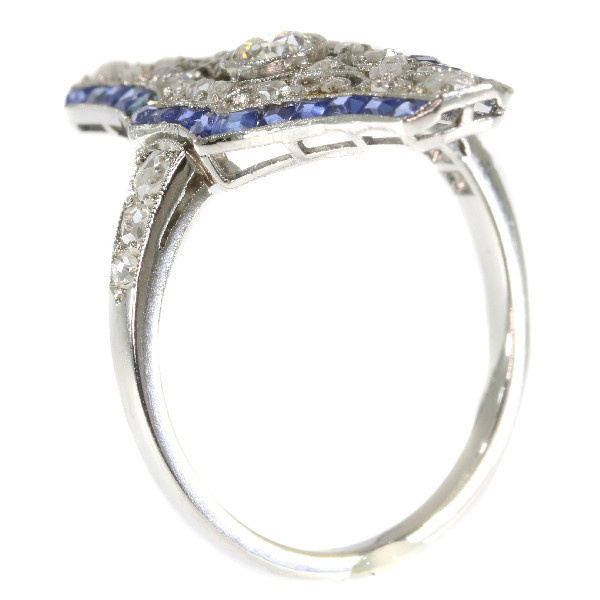 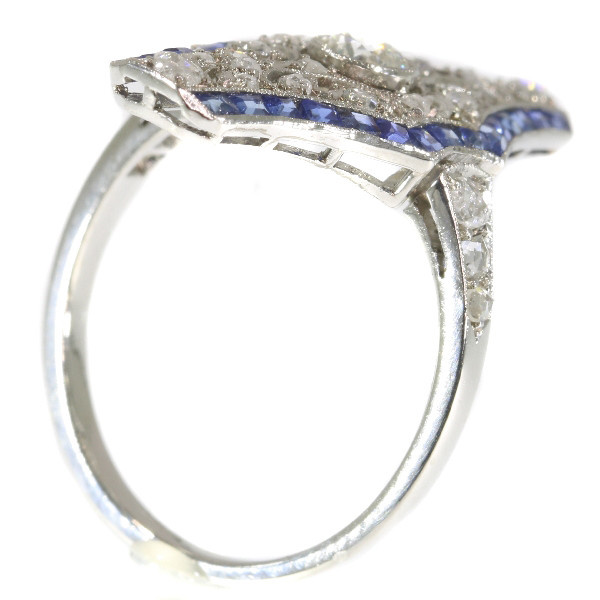 Style: Something between Art Deco and Belle Époque - Art Deco is an eclectic artistic and design style which had its origins in Paris in the first decades of the 20th century. The style originated in the 1920s and continued to be employed until afterWorld War II. The term "art deco" first saw wide use after an exhibition in 1966, referring to the 1925 Exposition Internationale des Arts Décoratifs et Industriels Modernes that was the culmination of high-end style modern in Paris. Led by thebest designers in the decorative arts such as fashion, and interior design, Art Deco affected all areas of design throughout the 1920s and 1930s, including architecture and industrial design, as well as the visual arts such as painting, the graphic artsand film. At the time, this style was seen as elegant, glamorous, functional and modern.   -  See also: Art Deco.

And the Belle Époque (French for "Beautiful Era") was a period in European social history that began during the late 19th century and lasted until World War I. Occurring during the time of the French Third Republic and the German Empire, the"Belle Époque" was named in retrospect, when it began to be considered a "golden age" the major powers of Europe, new technologies improved lives and the commercial arts adapted Renaissance and eighteenth-century styles to modern forms. In thenewly rich United States, emerging from the Panic of 1873, the comparable epoch was dubbed the Gilded Age. In the United Kingdom, this epoch overlaps the end of what is called the Victorian Era there and the period named the Edwardian Era.or more info on styles

Style specifics: This is something between Belle Époque and Art Deco.
The Belle Époque (French for "Beautiful Era") was a period in European social history that began during the late 19th century from the Franco-Prussian War (1870-1871) and lasted until World War I (1914-18).

Diamond(s): One old European cut diamondwith an estimated weight of ± 0.20ct. (colour and clarity: G/H, vs/si).
26 rose cut diamonds. We do not have the weight of the diamonds which is normal in our trade when it comes to rose cuts.

- All diamond weights, color grades and clarity are approximate since the stones were not removed from their mounts to preserve the integrity of the setting.

Precious stones: 30 sapphires. We did not check if the sapphires are lab produced or not as this information has no influence on the value of this jewel. Natural sapphires and lab produced sapphires were both used in this era, rather more for their effect than for their intrinsic value.

Birthstones: Diamond is the birthstone (or month stone) for April and sapphire for September.
-  (more info on birthstones)