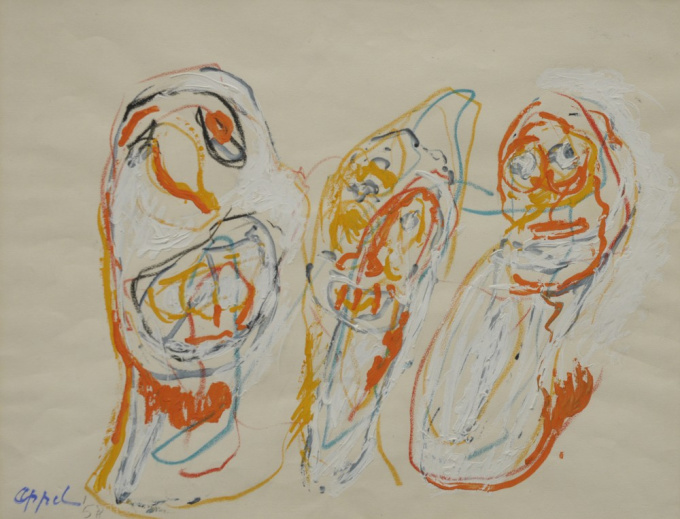 Karel Appel was one of the leading figures of the post-war Cobra movement (1948-1951). His work typically represents the ideals of this group of artists whose pictures express rebellion against the constraints of traditional painting. In his Cobra period Appel painted fantasy creatures and figures, but after 1951 he painted more vehemently, so that line and form merged into a turbulent, expressive, impasto.