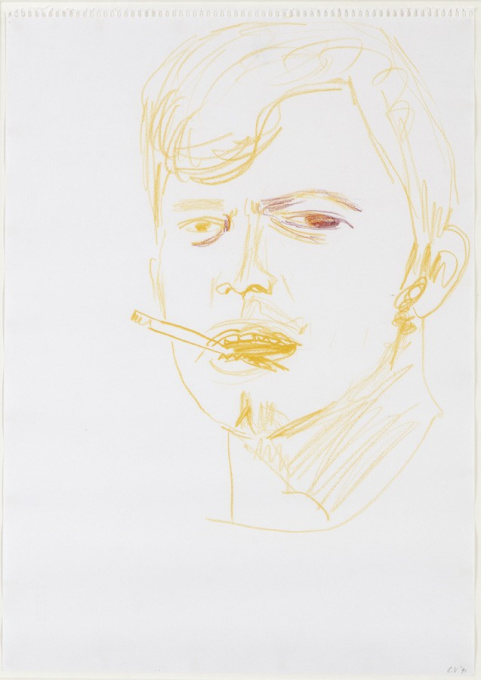 signed with initials and dated '91

At the beginning of his career he painted portraits of writers, musicians and visual artists he admired. He had many exhibitions, e.g. a large special exhibition at the Stedelijk Museum Amsterdam in 1988 and an exhibition at the Gemeentemuseum in The Hague in 2014. As a sculptor he produced among others Sperwer (Sparrow hawk) in 1995, belonging to the Sokkelplan in The Hague. Verkerk obtained several awards, the Buning Brongers award (1980), Koninklijke subsidie voor vrije schilderkunst (Royal subsidy for free-hand painting) (1981), the Hendrik de Vries stipendium (1993), the Thérèse van Duyl-Schwarze award (2000), the Jeanne Oosting award award (2010).