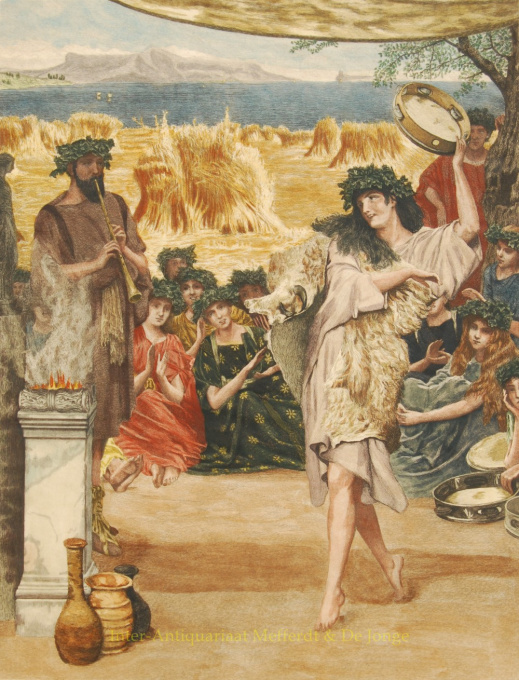 The fluit player is a self portrait of Alma-Tadema.


About the Artist - 8 more artworks

Sir Lawrence Alma-Tadema was born on the 8th of January in 1836. He grew up Dronrijp in the Netherlands.

He was educated at the Royal Academy of Antwerp in Belgium.

Alma-Tadema became famous for his paintings on his depictions of the luxury and decadence of the Roman Empirewith languorous figures set in fabulous marbled interiors or against a backdrop of dazzling blue Mediterranean Sea and sky.

Though admired during his lifetime for his draftsmanship and depictions of Classical antiquity, his work fell into disrepute after his death, and only since the 1960s has it been re-evaluated for its importance within nineteenth-century English art.