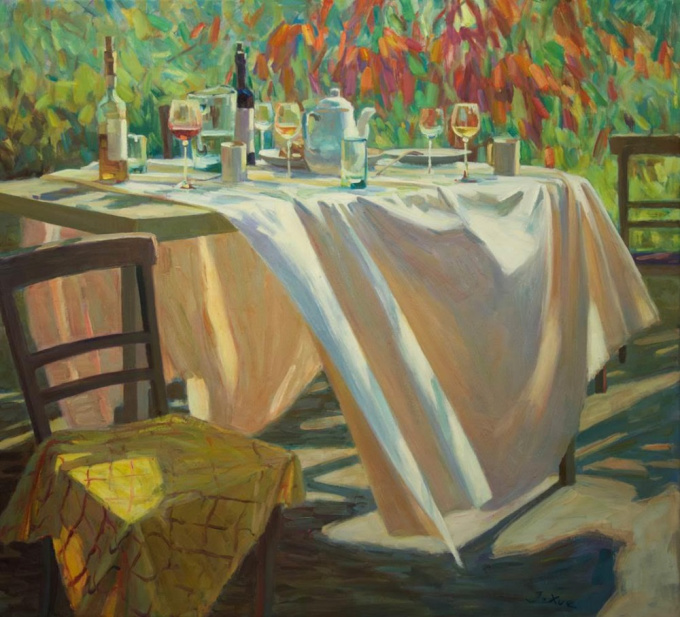 About the Artist - 18 more artworks

Juane Xue, of Chinese descent, was born in 1962 in Kaifeng, Henan, China and is a very talented and diverse artist. At a very tender age she was discovered having great drawing skills and a photographic memory.

She has a very unique style characterised by intense colours with which she manages to create radiating world of colours. Heavily influenced by the French impressionist masters Juana Xue typically depicts unique and original subjects which she refers to as ‘moving still lifes’. She is publicly acclaimed for her works that are “full of light and love”. As Juane Xue calls it: “Colour is my largest wealth”.

Though her work is obviously set in Western tradition this only applies to the way she depicts reality. The hidden meaning of her work shows ties with Chinese traditions, mixing Western painting with Eastern content. With this she carefully balances on the border between these opposites.

Juane Xue’s work is part of several international public and private collections, including the Noordelijk Scheepvaartmuseum in Groningen, the Gouda Museum. Next to that Juane Xue has exhibited in galleries in China, the United States, Belgium and Spain.