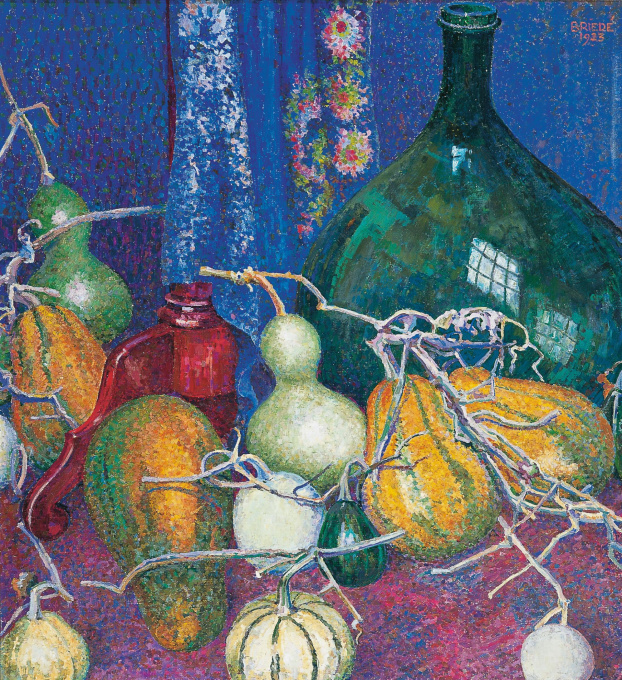 Johan Briedé (1885-1980), also known as J.B. de Chateauroux, was a Dutch graphic designer from Rotterdam. In 1910 he received a subsidy from professor Arend Willem Maurits Odé to study at the arts and crafts school in Amsterdam. Two years later he started lessons at the arts and crafts school in Haarlem, where Chris Lebeau, Willem van Konijnenburg and Geraldo Abraham Brender à Brandis were his teachers. Briedé was multidisciplinary, he could draw, paint, lithograph and etch.

He got his inspirations for his artworks during his travels around Europe, he visited several countries such as Sweden, Spain, Mallorca and France. The main subject in his artworks is nature and especially trees. From his boat in the canal of Hilversum he studied aquatic plants.

He worked as a freelanced artist for several companies, publishers and magazines for instance he created various bindings, covers and illustrations for W.L. & J. Brusse's Uitgeversmaatschappij from Rotterdam.

Briedé was a professor at the school of visual art in Roermond and later he taught on different schools in Rotterdam, The Hague, Haarlem and Amsterdam. He married Mary Grietje Brandsma in 1912 and the couple moved several times in the Netherlands. In 1980 Briedé died after a very productive life