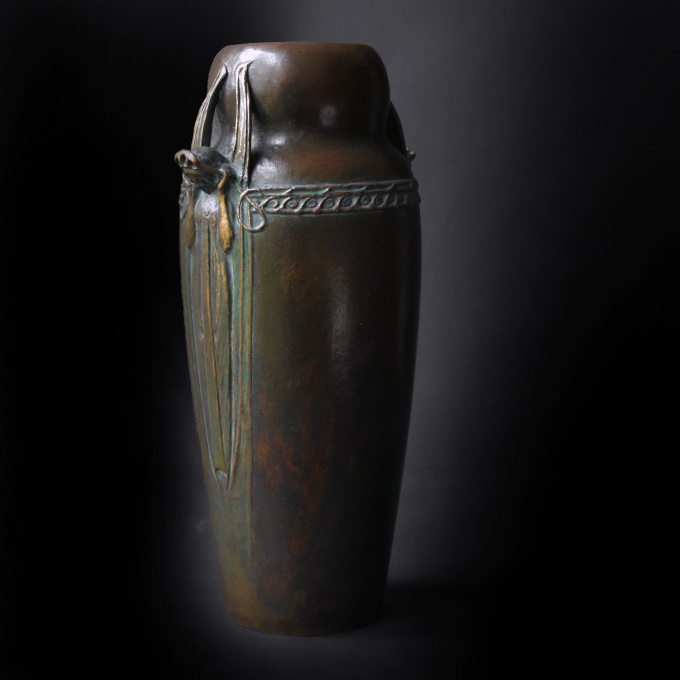 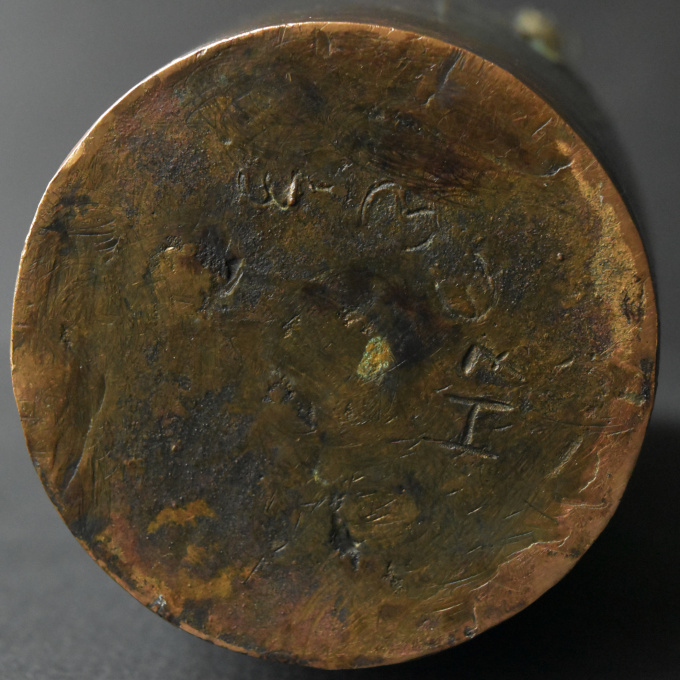 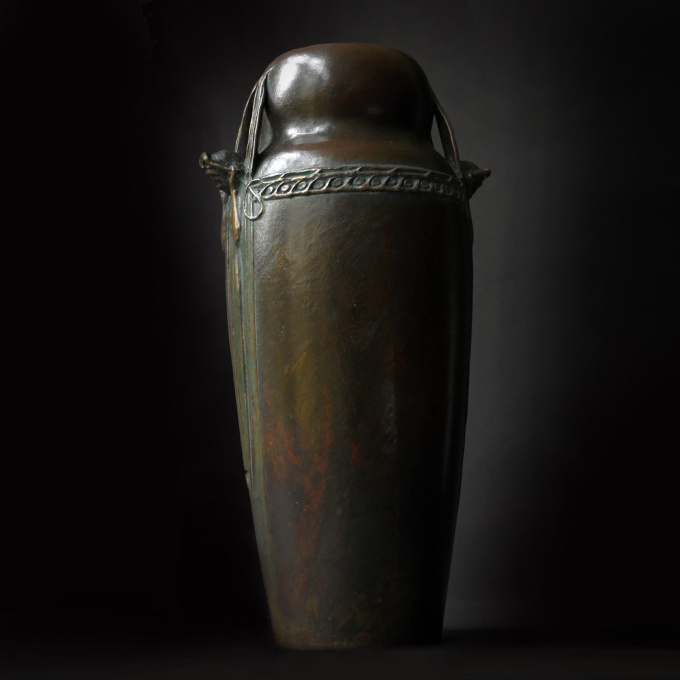 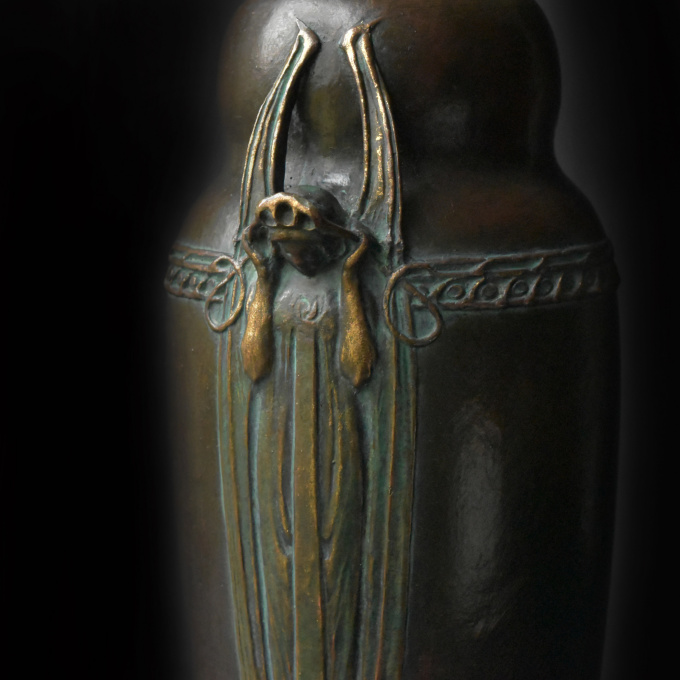 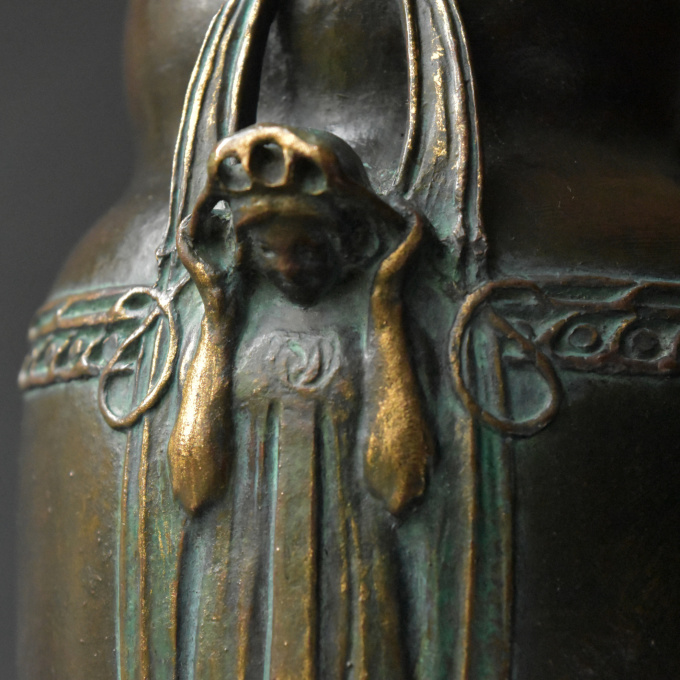 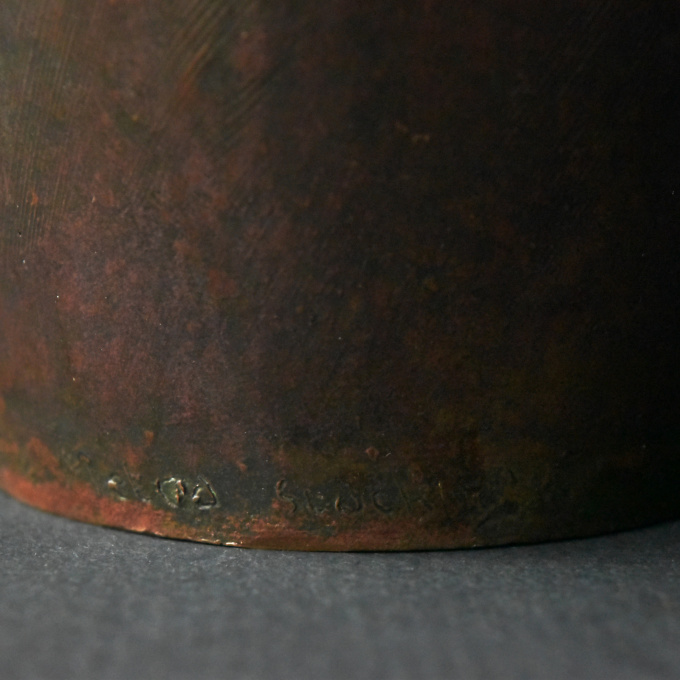 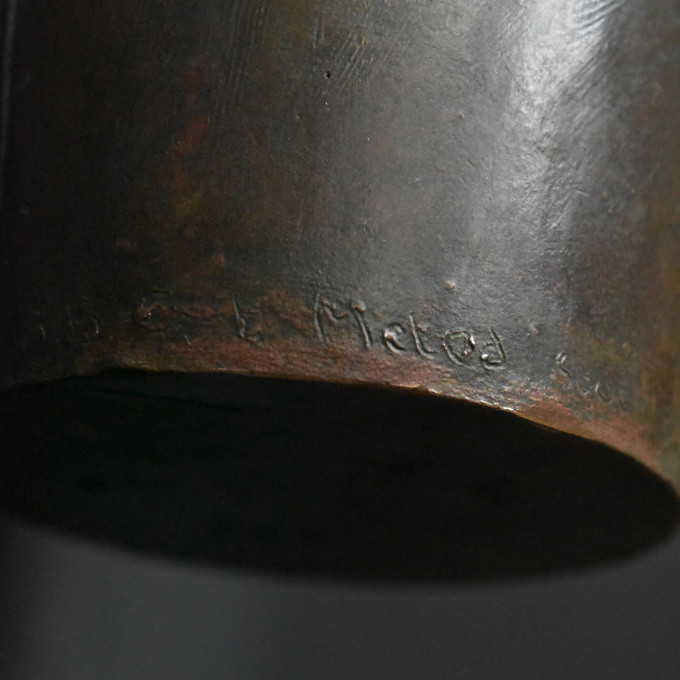 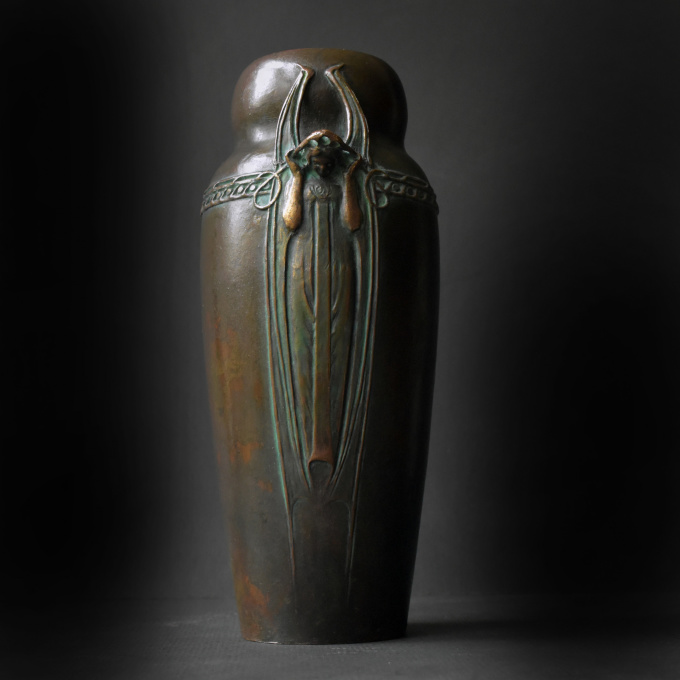 Very rare and unusual in the oeuvre of Hugo Elmqvist is this bronze vase. The winged stylized women are forming the handles. These symbolist sezessionist lady's are very rare in the work of Elmqvist.

Carl Hugo Magnus Elmqvist was born on October 13th, 1862 in the Swedish city of Karlshamn. He was a certified and well-known sculptor. He first concentrated his studies on arts and crafts at the Royal Art Academy in Stockholm, from 1888 until 1892. Later, he continued his studies in Paris and Italy, where he remained living for a period of time. The most famous works of his hand are the patinated bronze vases, which Elmqvist often decorated with plants and animals.

Elmqvist was married to painter Erna Wichmann and was father of Orvar, Helga and Idina Elmqvist. The sculptor also invented a casting method in his workshop in Stockholm, which was later named after him even before he passed away on February 24th, 1930.