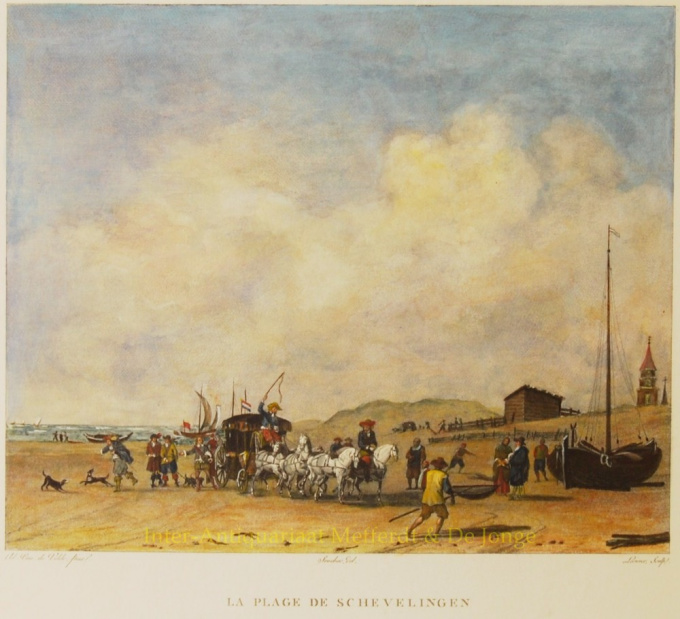 Jacques François Swebach was born in Metz, France on the 19th of March 1769.
He was a French watercolorist, porcelain decorator, print maker, painter and illustrator.
Swebach worked most of his time in France, but he also spend some time in Russia.
He liked to work with porcelain and his subjects in painting were mostly landscapes, battlefields, historical genres and genre representations.
After studying with his father, the painter and sculptor François Swebach, the young Jacques-Francois Swebach settled in Paris. He began exhibiting at the Salon in 1791, and soon gained a reputation for his paintings and drawings of horses and military scenes. Described by one critic as the ‘Wouwerman of our time’, Swebach was appointed premier peintre at the Manufacture de Sèvres, a post he held from 1802 to 1813. One of his most important projects at the Sèvres factory was the translation of the designs of Egyptian scenes by Baron Vivant Denon, made during Napoleon’s campaigns in Egypt, onto two superb dessert services, one of which was presented to the Czar of Russia, Alexander I. It was Swebach's fame as a designer that led the Czar to summon him to Russia, and between 1815 and 1820 he worked in Saint Petersburg as the chief painter of the Imperial porcelain works. However, he continued to send small cabinet pictures back to Paris to be exhibited at the Salons.
Swebach died in Paris on the 10th of December in 1823.