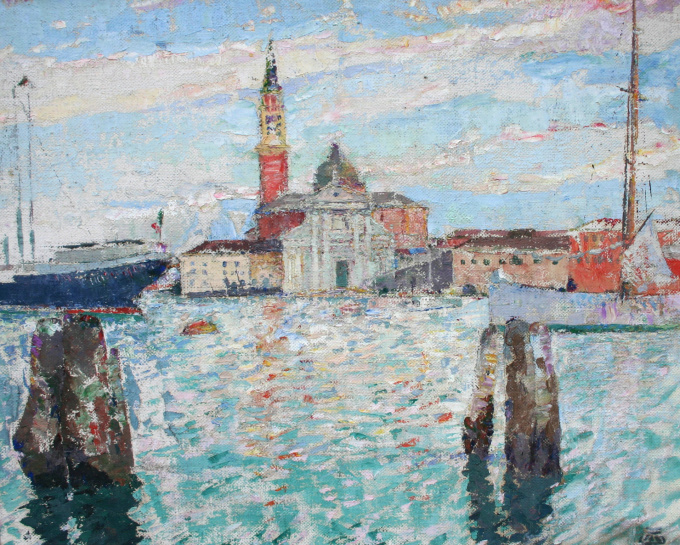 Jefferys was the son of an English father and a Belgian mother. The wealthy family moved to Brussels in 1880, where he soon signed up for private lessons. There he learned to paint figures, genre scenes, landscapes, seascapes and still lifes in oil and watercolour. His style was impressionistic. His figure scenes are often depictions of festive events with great characters. Jefferys traveled to many European countries and in 1893 he went on a journey to the United States. Works of this America Tour were exposed in the “Salon d’Art Belge” in Geneva in 1894. During World War I he moved to London. The art works that he created there were exhibited at the Galerie Georges Giroux in 1920. In his home country he preferred working in the Campine and near Bornem.

Between 1890 and 1900 Jefferys showed a strong influence in style of Emile Claus, Paul Cézanne, Claude Monet, Camille Pissarro and James Ensor. During his war years in London a clear influence of Turner and Whistler was noticeable.

Despite his moderate modernism he was denied as a member of Les XX. He did belong to the movements La Libre Esthetique, Les Independants, Art of Today, Pour L’Art and Société Artistique et Littéraire in Brussels.