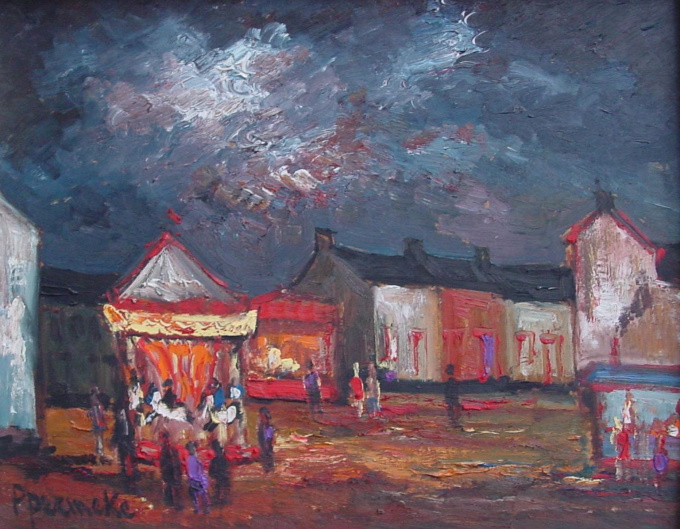 Paul Permeke was a Belgian figurative postimpressionist painter who came from an artistic family. Both his father and grandfather, Constant Permeke and Henri Permeke, were painters. He was born in Sidford, England as his family fled for the First World War. After the war, Permeke and his family moved to Oostende and ended up in Jabbeke, where they had their home with studio built for them.
Permeke was an autodidact and moved out of his house at age 16 because of fundamental differences of opinion concerning his future. He lived in Lausanne, Suisse for a short period of time and moved to Dudzele soon after, forming a trio of artists called ‘Het Luizengevecht’, which fell apart after a year. He was internated in Germany because of his English citizenship during the Second World War. After spending the ‘50s in Spain, Portugal, Paris and the South of France Permeke moved to Westkapelle in 1960, spending the rest of his life there.
Permeke always worked figuratively and was influenced by both expressionism and impressionism and by artists such as James Ensor, Bernard Buffet and Marc Chagall. Subjects of his paintings were primarily folksy scenes, town and cityscapes, farms, circuses and fantasy scenes which he depicted in strong colours.