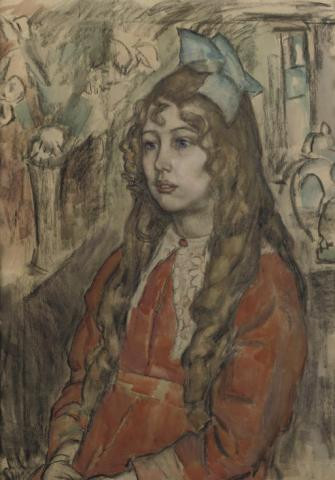 The portrayed girl is a young Mrs. H.C. Baruch-Ponstijn. Attached to the backing is a label with an inscription of the sitter: "I declare that this aquarel was made around 1922. It is a portrait of myself in an orange-red dress with a blue knot in my hair. It was a gift of Leo Gestel to my parents". She was the daughter of a befriended painter, Jan Ponstijn, and some of the dresses she made for her daughter, are now in the collection of the Rijksmuseum, Amsterdam.

About the Artist - 13 more artworks

The Art Style of Leo Gestel