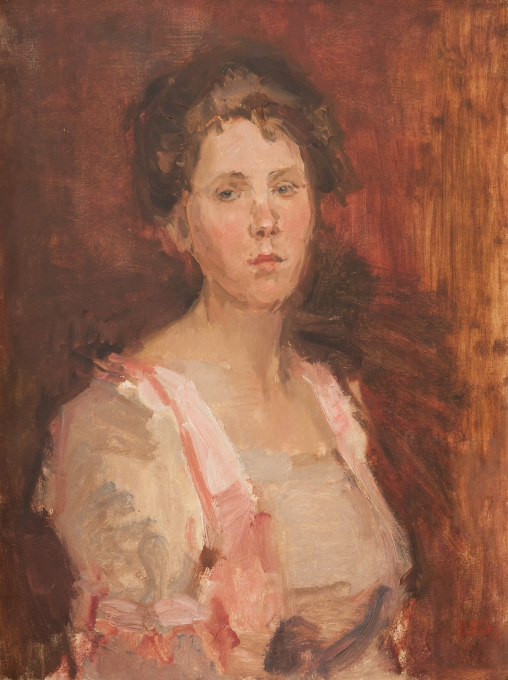 Portrait of a Lady with Fair Hair; 20th century, oil on canvas, France.