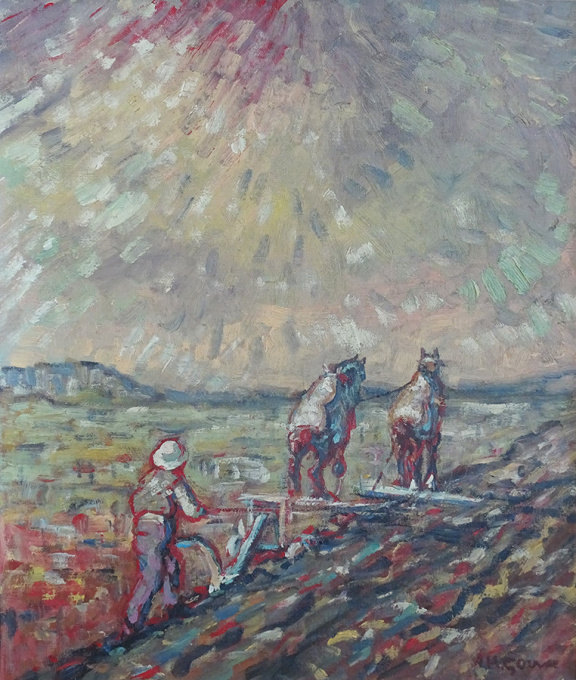 The painter Herman Gouwe was born in Alkmaar on the 8th of May in 1875. Gouwe was educated at the Academy of Arts in Amsterdam, here he befriended artist Rob Graafland from Maastricht. During the years 1908 until 1927 Gouwe stayed in the South of Limburg for half of the year. The other half of the year he remained in Amsterdam, which later became Blaricum and sometimes foreign cities like Paris and Tanger. Together with Jan Bakhoven, Guillaume Eberhard, Rob Graafland, Henri Jonas, J. Van der Kooy, Jos Narinx and Vic Reinders Gouwe founded the Kunstkring of Limburg in 1910.

In 1927 Gouwe went to Tahiti, where the painter Gauguin inspired him. In accompany of three friends Gouwe travelled by boat from Toulon in the South of France to Polynesie-Tahiti. Here he settled at the east coast close tot the sea. In the beginning he mainly painted portraits and local landscapes in deep green and brown tones. From the early thirties his colour pallet changed into intense luminism. Which made his work attractive for many American and Australian collectors. Josef Sandberg invited him to expose in the Netherlands, which resulted into an exposition in the Stedelijk Museum Amsterdam in 1959. The same year he returned to Tahiti and died in 1965 in Papeete.