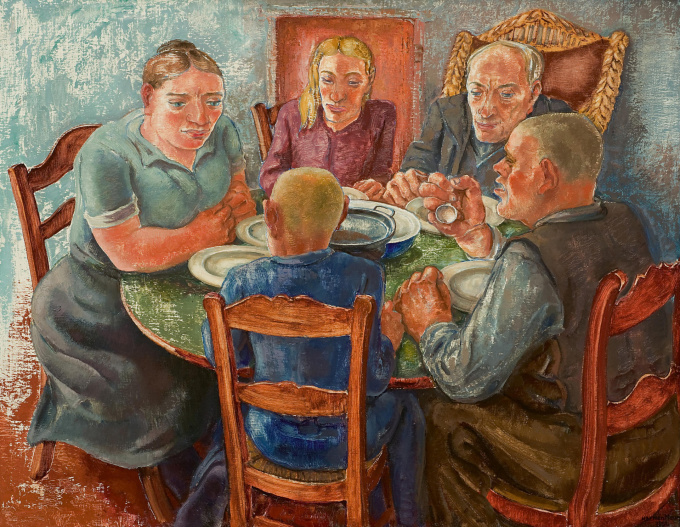 Harmen Hermanus Meurs was a Dutch painter and aquarellist. Between 1909 and 1912 he went to the Rijksschool voor Kunstnijverheid and the Rijksakademie van Beeldende Kunsten (National Academy of Fine Arts), both in Amsterdam.He was teached by Louis Raemaekers, a political cartoonist. In 1918, Meurs joined the artist accociation De Onafhankelijken (The Independents). He was their chairman until 1932.
Meurs became a well-known artist who also exhibited abroad. He painted landscapes, cityscapes, and portraits but mainly specialized in painting peasantry scenes and still lives of flowers. His style initially was post-Impressionist. Later he was inspired by Expressionism and Fauvism. From the 1925 on, his work got more realistic and was akin to the ‘Neue Sachlichkeit’ (New Objectivity).
He was active in the Netherlands and France. He went to Paris for an exhibition of German and Belgium Surrealism in 1930, on behalf of De Onafhankelijken. That exhibition, in the Stedelijk Museum, was the first exhibition on Surrealism in the Netherlands.
Meurs was a fierce opponent of the Nazi’s and showed that in his works. He refused to become a member of the Reichskulturkammer and became isolated as an artist. After the war he travelled to Spain and France. Meurs kept painting until his death in 1964.