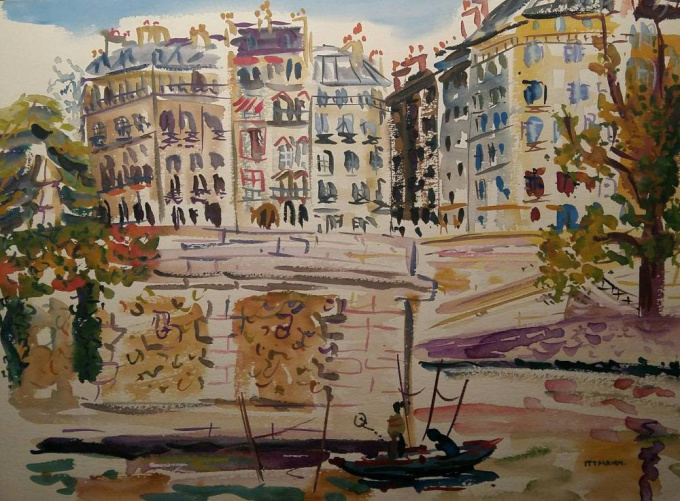 Hans Ittmann was a Dutch artist from Amsterdam who mainly worked as a sculptor. He has produced many reliefs, ceramics, sculptures, gouaches and paintings. He initially studied law so that he could become a notary, but decided to quit in 1941 to dedicate his life to his art. His earliest works are mainly gouaches and sculptures, made under the supervision of Cephas Stauthamer. After the Second World War, Ittmann traveled to Paris where he went to study at the École des Beaux Arts for over three years after the French government granted him a scholarship. He was tutored by Ossip Zadkine.

Ittmann did relatively well as an artist and was accepted, partly because he descended from a wealthy family. He has made many travels to, for instance, South America, Northern Africa, Yugoslavia and Italy, strongly influencing his work. He was active in many artist associations in the Netherlands, such as the NKVB (Dutch Association of Sculptors) and Arti et Amicitiae. Ittmann has been featured in expositions in the Gemeentemuseum The Hague and the Stedelijk Museum Amsterdam.