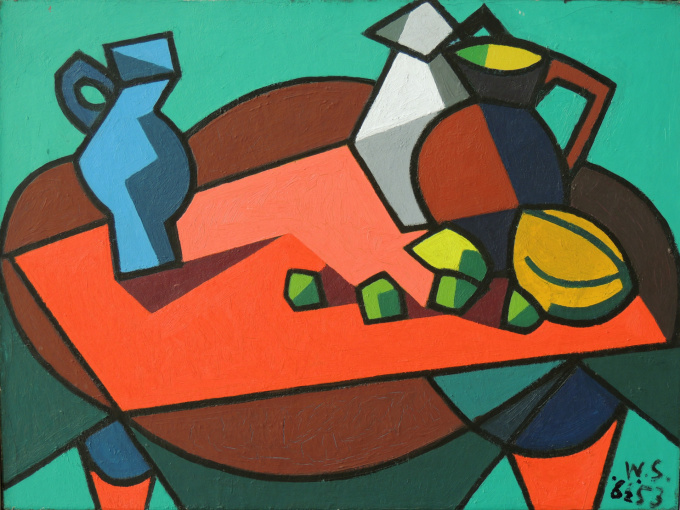 Willem Schrofer was a Dutch painter who was born in The Hague on 6 March 1898, he died in Leiden on 22 September 1968. In 1913 Schrofer enrolled in the National Training College in Nijmegen. Later he studied under William Henry Bik at the Royal Academy of Art in The Hague. After his military service, he became a drawing teacher in The Hague. Between 1937 and 1963 he was a teacher at the Royal Academy of Art in The Hague. From 1943 to 1949 he taught at the Instituut Kunstnijverheidsonderwijs which later became the Rietveld Academie. Among his pupils were: Hermanus Berserik, Toon Wegner and Co Westerik. Schrofer was one of the founders of the Verve group. In 1963, he established a studio in Voorschoten, located in an old bakery on the Molenlaan. Schrofer was a versatile artist, producing paintings in different styles. During the 1930s and 1940s, he made abstract art. From 1948, at the beginning of the Cobra movement, he began creating figurative paintings. Schrofer has inspired the students of the so-called Nieuwe Haagse School art movement.