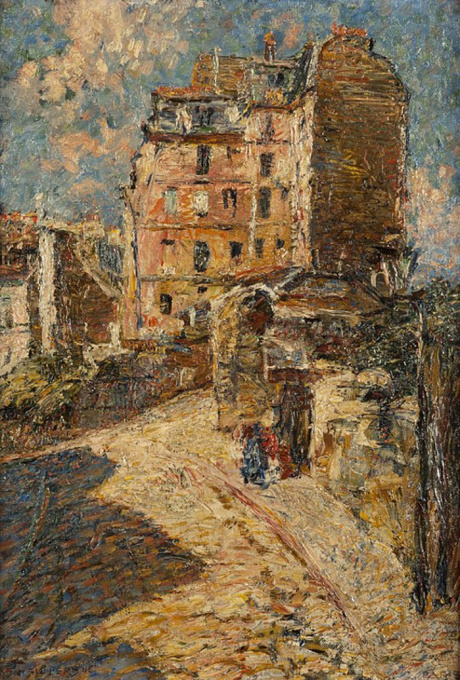 The work of Jan Sluijters is esteemed of great importance for Dutch Art History. He played a pioneering role in the avant-garde movement of which Piet Mondriaan and Leo Gestel were also a part. In 1904 Sluijters won the Prix de Rome. This government subsidy gave him the opportunity to study for four years abroad, beginning in Rome. Here Sluijters studied the classics, but after some time he felt the need to broaden his horizons. He travelled to Spain and finally ended up in Paris in 1906, just in time to visit the most important exhibition of the year, the Salon des Independants.

The vibrant artistic environment of Paris in those days gave Sluijters the inspiration that he was looking for. The Fauves started to become popular, the first general exhibition was organised with works by Van Gogh and Kees van Dongen, who had his first solo exhibition. All these influences and contacts are reflected in this painting by Sluijters depicting the artists' quarter of Montmartre.