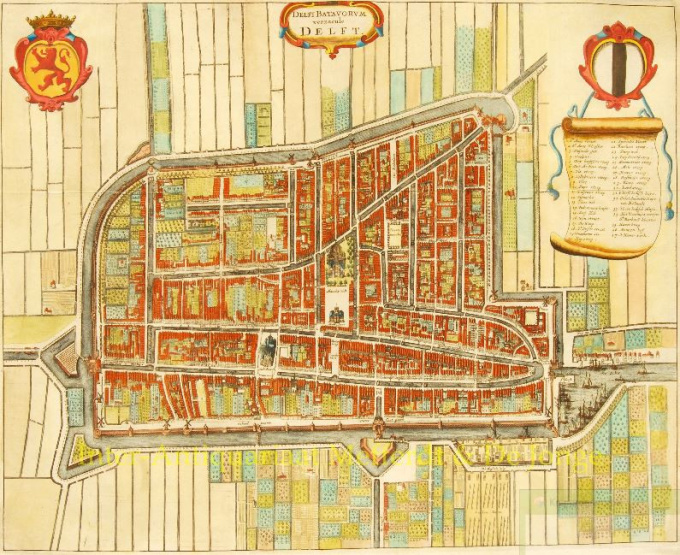 Leti (1630-1701) was a historian and satirist, born in Milan and later emigrated to England. He wrote a history of England for Charles II but fled to Amsterdam in 1685 for insulting his client. In Holland he worked on "Teatro Belgico ..", a book about the history of the Seven Provinces.

Leti had made few friends with his publications. All works are included in the Librorum Prohibitorum Index of the Catholic Church and De Rotterdamsche Hermes also fulminates in 1721:

Gregorio Leti was an Italian historian and satirist. He was born in Milan and died in Amsterdam, the Netherlands. He published sometimes under the pseudonym Abbe Gualdi, L'abbé Gualdi or Gualdus. Mostly he used these names when he published about the Catholic Church and the papacy. All his works were listed on the Index Librorum Prohibitorum (The list of prohibited or banned books). He resided at the court of Louis XIV and in 1680 at the court of King Charles II of England. He was elected a member of the Royal Society. After having published a collection of anecdotes which offended Charles II he had to flee to Amsterdam. He became the city historiographer in 1685 and died in 1701.