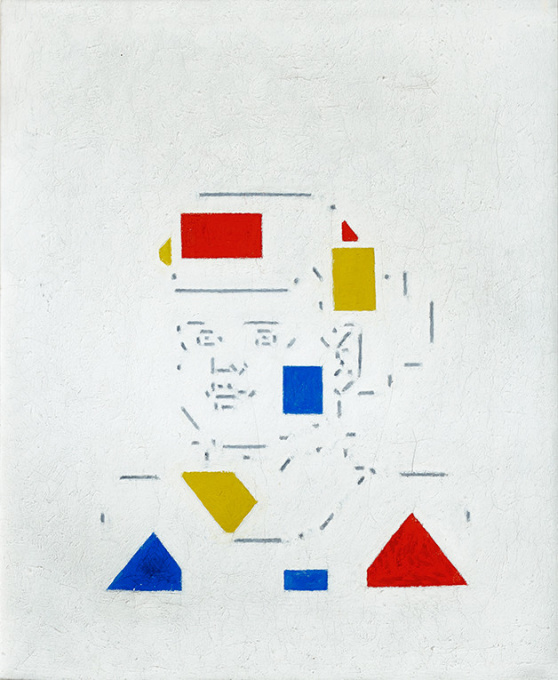 Bart van der Leck was born in the Dutch city of Utrecht on November 26th, 1876. He started working as a glazier, but began focusing on his artistic career soon after. He started his studies at the Art Academy in Amsterdam soon after 1898. He was initially influenced by Isaac Israëls and mainly depicted scenes from everyday life. After he finished his education, his realistic working style became a more monumental and modern one.

In 1907 he rented a room in a farming establishment in Blarium. His only possessions were a small paiting chest and some clothing. He lived in complete isolation for a period of four months and thus many paintings depicting Blaricum and its surrounding area exist from his hand.

It is known Van Der Leck was a friend of fellow painter Mondriaan. They both possessed progressive working styles and their paintings were not appreciated by the painters of the Laren School.

Together with Mondriaan and a few other names, Van Der Leck can be held accountable for the establishment of 'De Stijl'(1917). He passed away in Blaricum on November 13th, 1958.