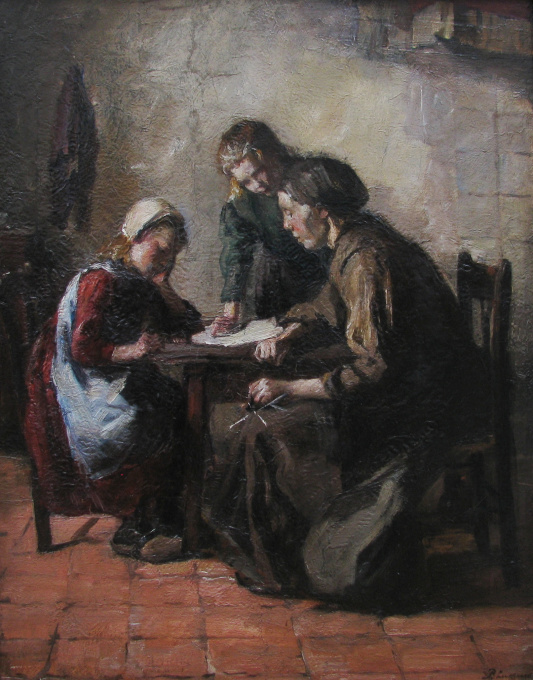 Lopes de Leao Laguna was born on February 16, 1864, in the Dutch city of Amsterdam. After he became an orphan at the young age of ten, he was transferred to an orphanage, after which he attended the so-called Quelliniusschool. Here he was educated as a decorative painter. In 1880, he was accepted at the Royal Academy of Arts, also in Amsterdam. Baruch acquired some fame doing illustration work in ‘Elsevier’ magazine during this time as well.

Baruch joined the well-known artist group ‘Arti et Amicitiae’ in 1885 and had his first exposition the same year. During his later life, Baruch depicted many realistic portraits of renowned figures such as Ferdinand Domela Nieuwenhuis, Abraham van Loen and Sylvain Kahn. After this he specialized in painting flowers and interiors. The few landscapes tied to his name were painted only by commission of the art dealership in Laren. During the Second World War, Baruch and his family were captured and transported to Auschwitz. Baruch never left and on November 19, 1943, he was killed, aged 79.