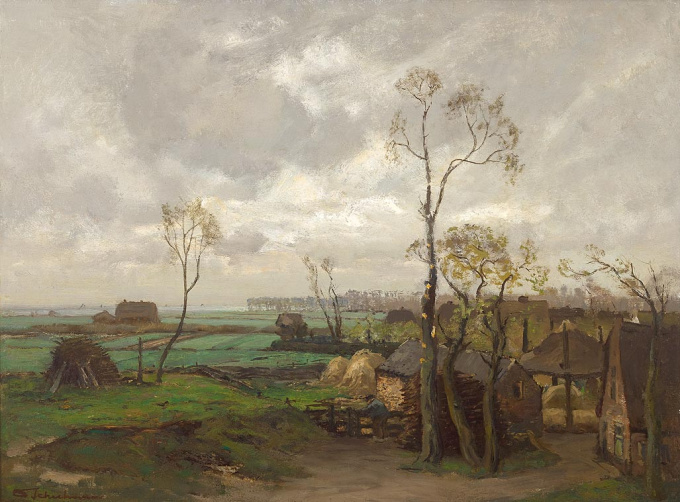 David Schulman was a Dutch self-taught painter, draftsman and watercolourist. He was born in the city of Hilversum, in 1881. Schulman's father Lion was a painter himself and was known to be come an art dealer in subsequent years. Apart from this, he sold painting materials. When a young David began to work for his father, he came in contact with a number of famous painters. When he himself begun to paint, he favoured an Impressionistic and Naturalistic way of working above all. His subjects included villages, landscapes, harbour scenes, still lifes and portraits.

In 1904 Schulman exhibited his first painting at the exhibition of the association Art et Amicitiae Amsterdam. He received a number of awards in subsequent years, soals the Willink van Collen Prize in 1909, a bronze medal at an exhibition in Santiago in 1910. A gold medal was given to him by Dutch Queen Wilhelmina in 1939 as well. Schulman was arrested by the Germans during World War II. However he escaped and was appointed Knight in the Dutch Order of Orange-Nassau because of this.