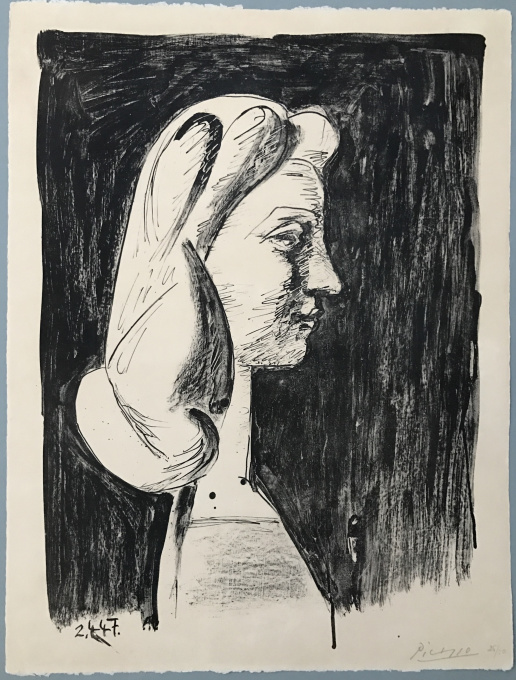 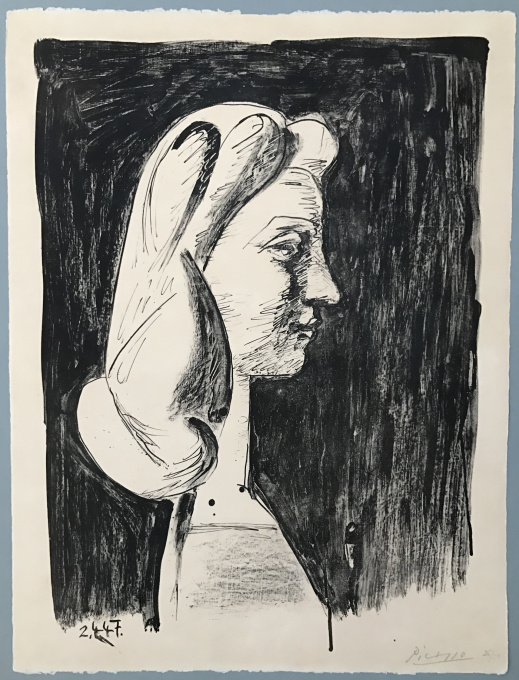 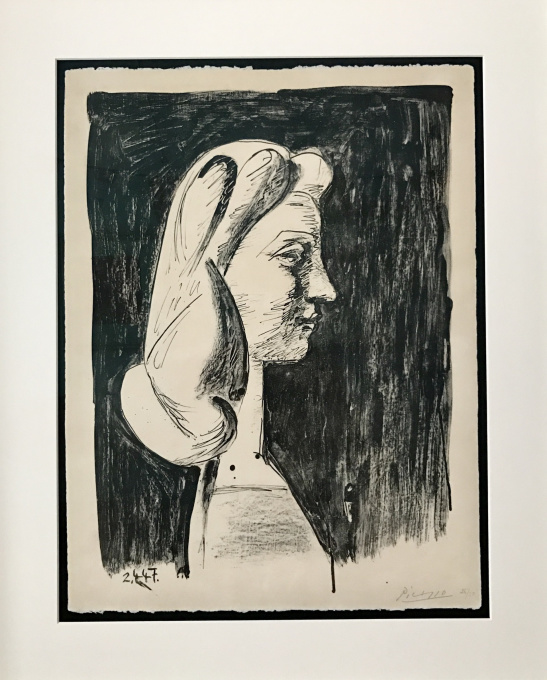 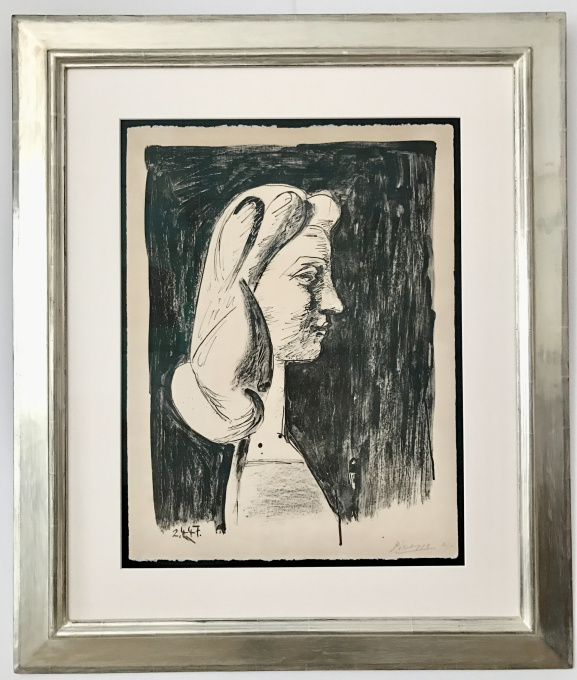 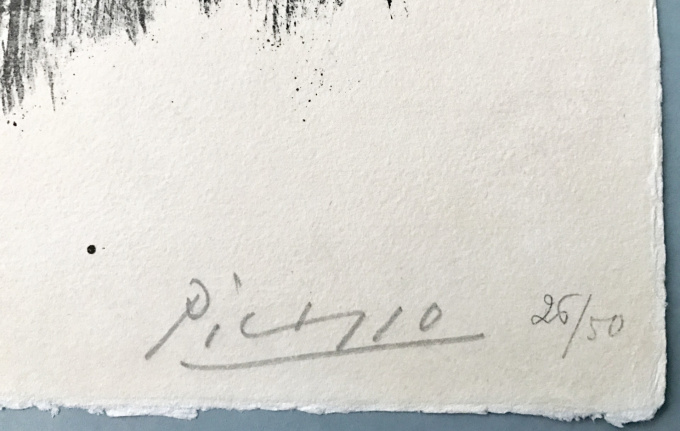 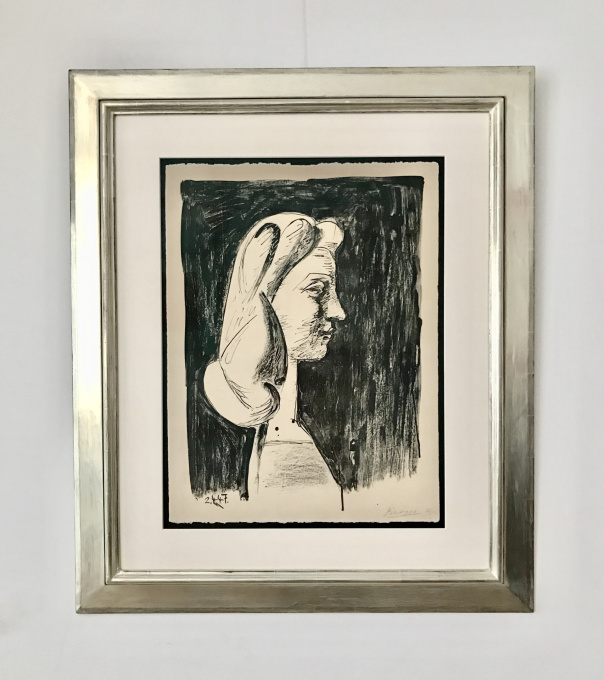 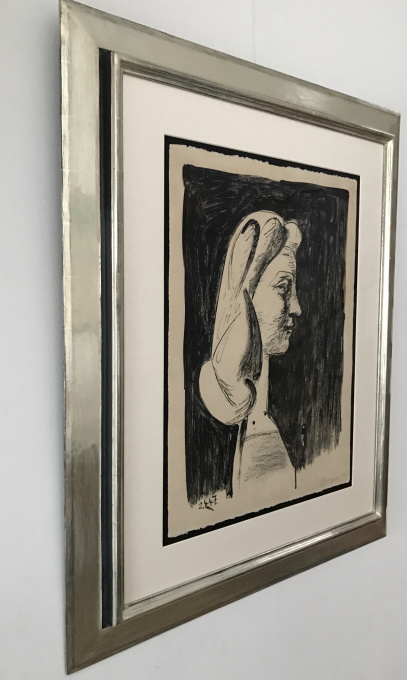 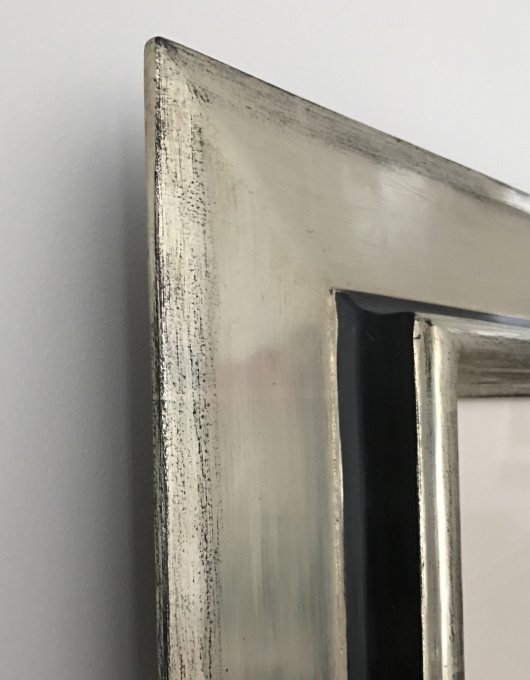 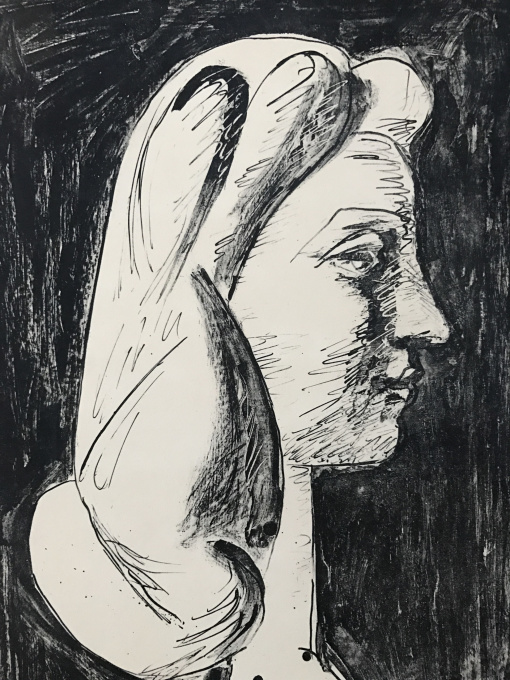 Numbered in pencil (26) from the edition of 50 impressions (plus 5 proofs – stone erased after the edition)
In perfect condition.
Framed in a handmade white gold frame with the highest quality museum glass.