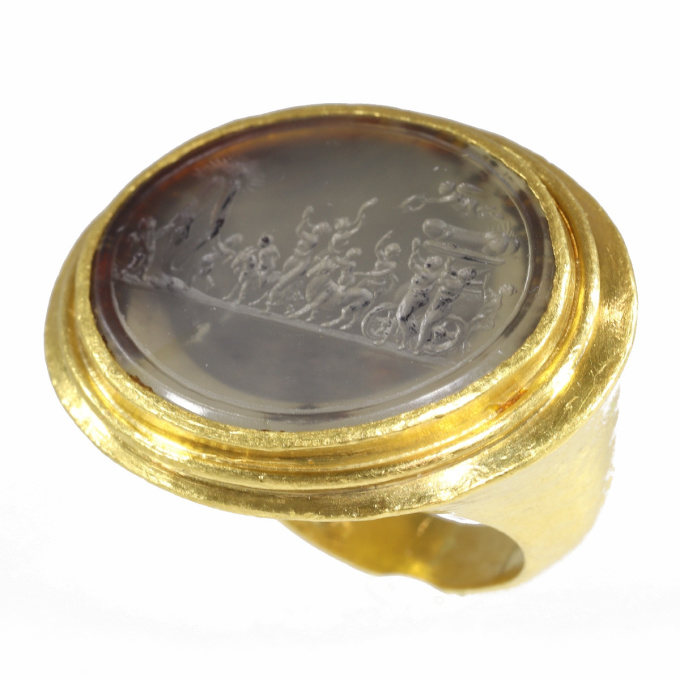 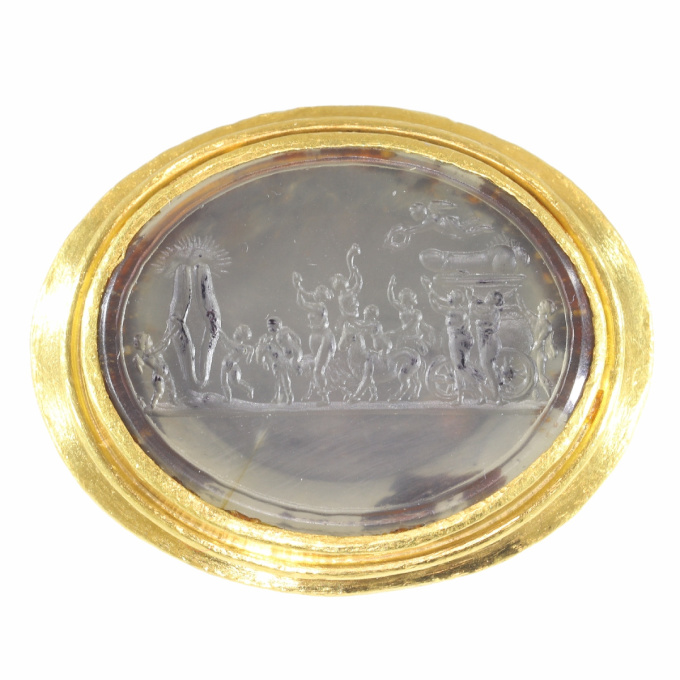 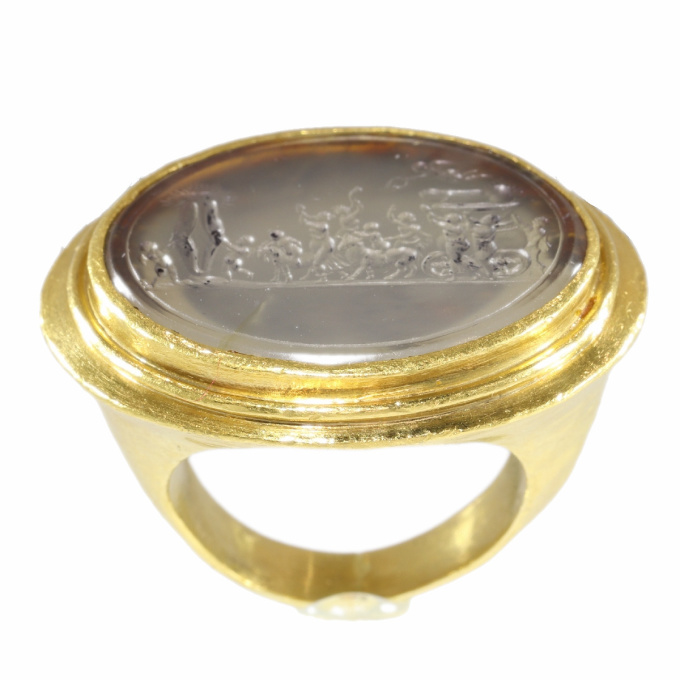 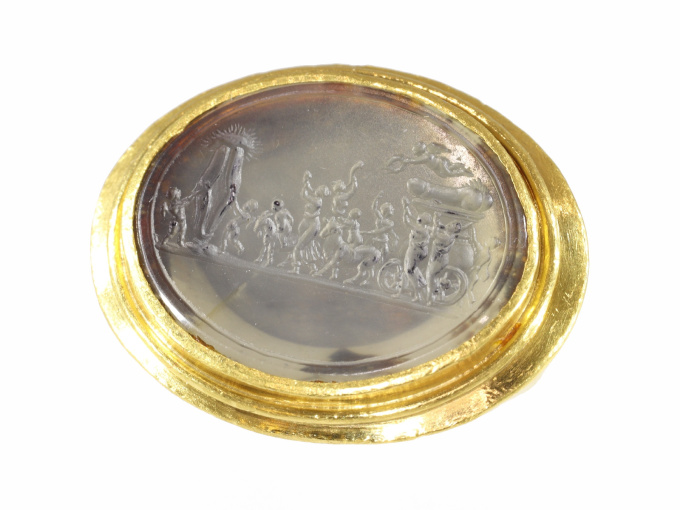 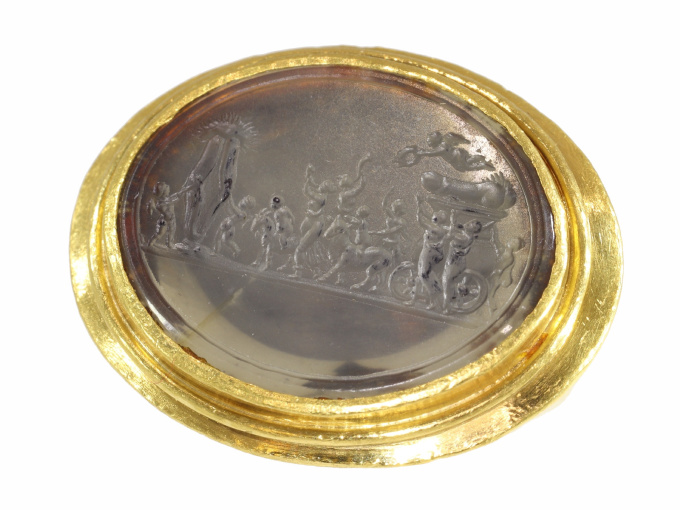 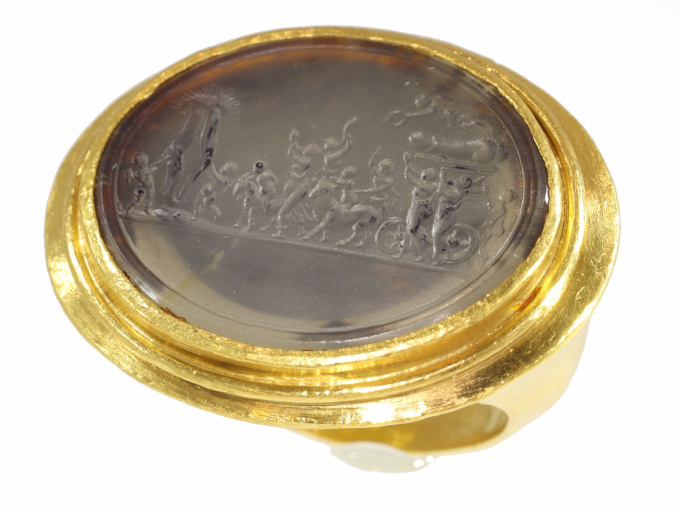 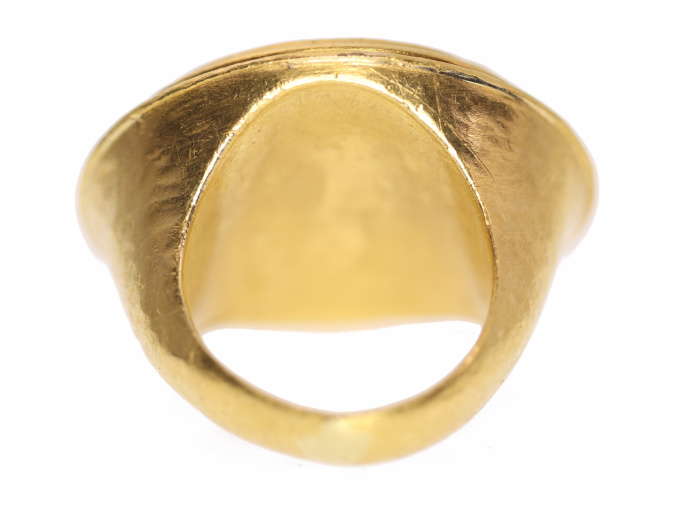 A classy 18th Century ring with an image that, once you understand what you're looking at, makes you giggle. The image is known as "The triumph of Priapus" and we even found some 18th century drawings with this scenebelonging to The British Museum (see pictures). As far as we have been able to determine, only a few of these rings with this scenery are known to exist.We were lucky enough to find a very interesting thesis from Raimon Graells i Fabregat (2011) in where he dives fully into the history of this ring (more about this further in this text).

To several experts in the field of antique intaglio's, only three of four of these rings are known to excist!

Country of origin:Although it does not carry any legible control marks we believe this to be of French origin.

Style: Classicism, the following of ancient Greek or Roman principles and style in art and literature, generally associated with harmony, restraint, and adherence to recognized standards of form and craftsmanship, especially from the Renaissance to the 18thcentury. or more info on styles

Style specifics: Classicism - Italian Renaissance painting and sculpture are marked by their renewal of classical forms, motifs and subjects. In the 15th century Leon Battista Alberti was important in theorizing many of the ideas for painting that came to a fullyrealised product with Raphael's School of Athens during the High Renaissance. The themes continued largely unbroken into the 17th century, when artists such as Nicolas Poussin and Charles Le Brun represented of the more rigid classicism. Like Italianclassicizing ideas in the 15th and 16th centuries, it spread through Europe in the mid to late 17th century. Later classicism in painting and sculpture from the mid-18th and 19th centuries is generally referred to as Neoclassicism. (from: