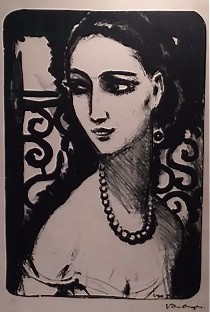 Material: Lithograph in black and white with rounded corners