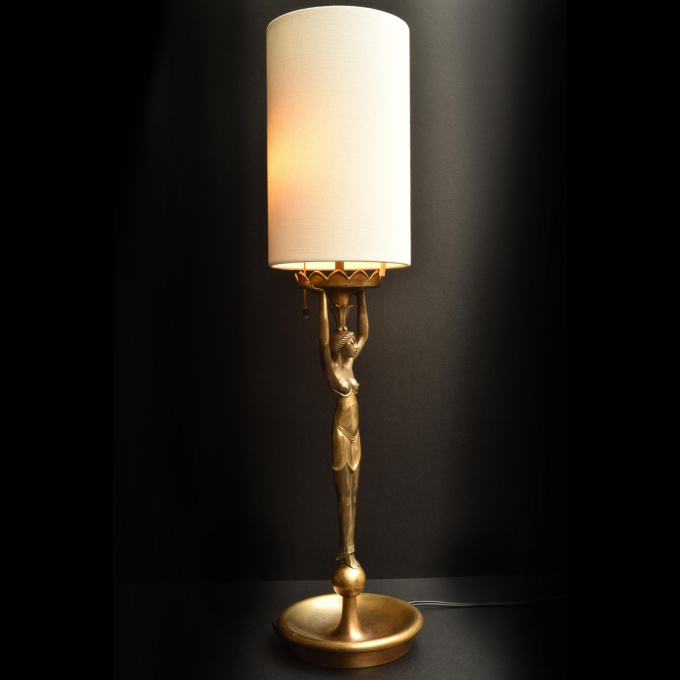 Unique bronze figural tablelamp. The design is attributed to Ludwig Vierthaler, but there is no signature. The shade is renewed .

He was a sculptor and an important Hanoverian artists.
After studying at the Royal School of Applied Arts in Munich, Vierthaler worked as a young sculptor in his studio among others by Bruno Paul in Berlin.

In 1915 he took a job at the crafts and arts and crafts school in Hanover. He eventually even started educating at the University of Hanover as a lecturer.

In 1921 he was a member of the Hanover Association of Artists and 31 July 1922 appointed honorary professor.

Since the 1930s, his studio was located in the villa of Friedrich Kaulbach in the Waterloo Road.
1945 initiated the founding of the Ludwig Vierthaler Federal Visual Artists of Northern Germany, where he was first chairman until 1953.

He organized the first North German art exhibition after the war that took place in 1946 in the stately homes gardens in Hanover.

Ludwig Vierthaler died in 1967 and was buried at the city cemetery Engesohde.