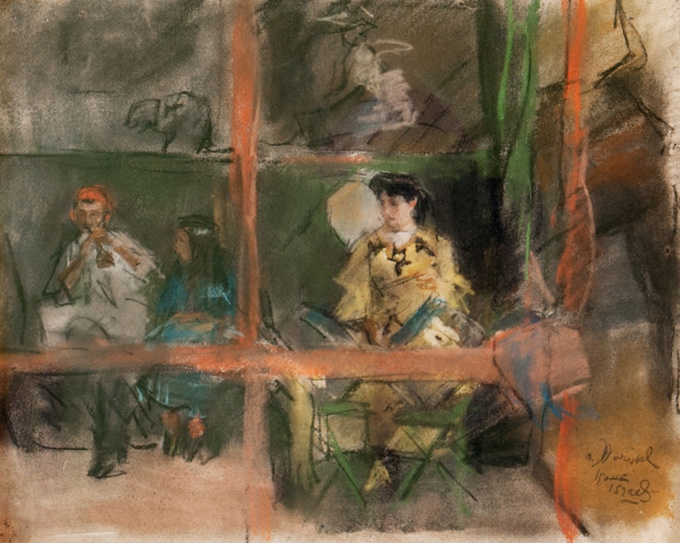 Fete a Montmartre; 20th century; pastel on board; the Netherlands