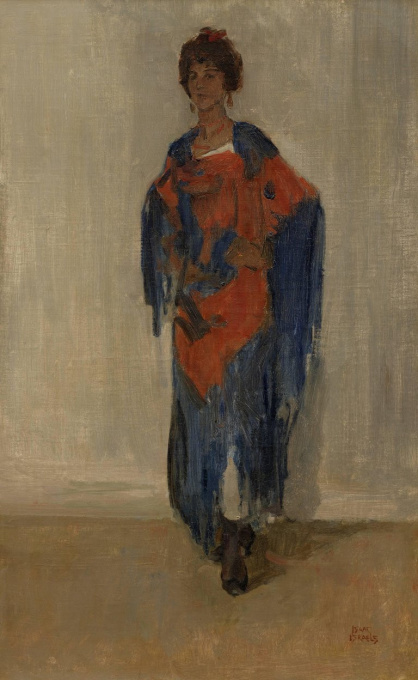 Israels shows an elegant young woman in a red and blue dress. The painting is set fast and loose.
The painting is framed.
Signature: lower right with Isaac Israels.