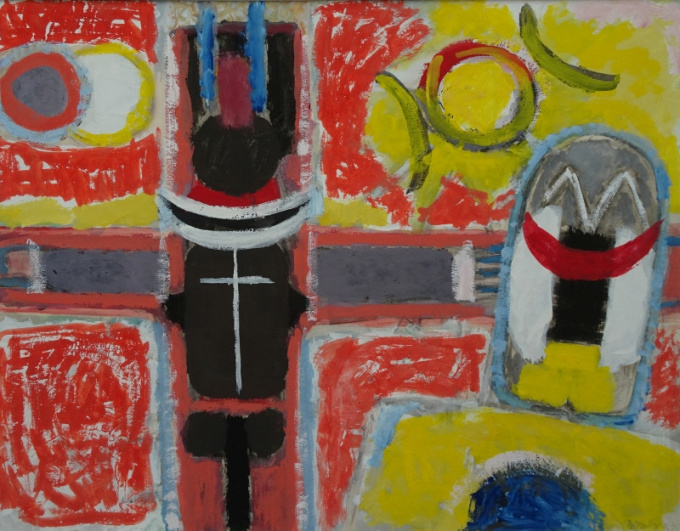 Clarification of the magic 1949

Pieter Ouborg was born in the Dutch city of Dordrecht, on March 10th, 1893. Until the middle of the First World War, Ouborg was a skilled teacher. In 1916 he moved to the Dutch East Indies, where he again took on the profession of teacher, of both regular classes and drawing classes.

During a period of being back home in the Netherlands, Ouborg, who was an autodidact, began experimenting with Cubism. Later, in 1931 Brussels, he discovered the Surrealism movement. Spanish surrealist painter Joan Miró began to have a great influence on Ouborg.
When he finally settled down in the Netherlands in 1938, he started to teach art history and drawing.

During the Second World War, Ouborg met a number of older CoBra-members, as Karel Appel and Corneille, Willem Hussem and Jaap Nanninga.

Ouborg retired from teaching in 1945, applied to various artist associations, and devoted himself completely to being an artist. His work was linked to the artists of the CoBra, but he did not want to be part of this association.

Pieter Ouborg passed away in 1956 in the Hague, the Netherlands.