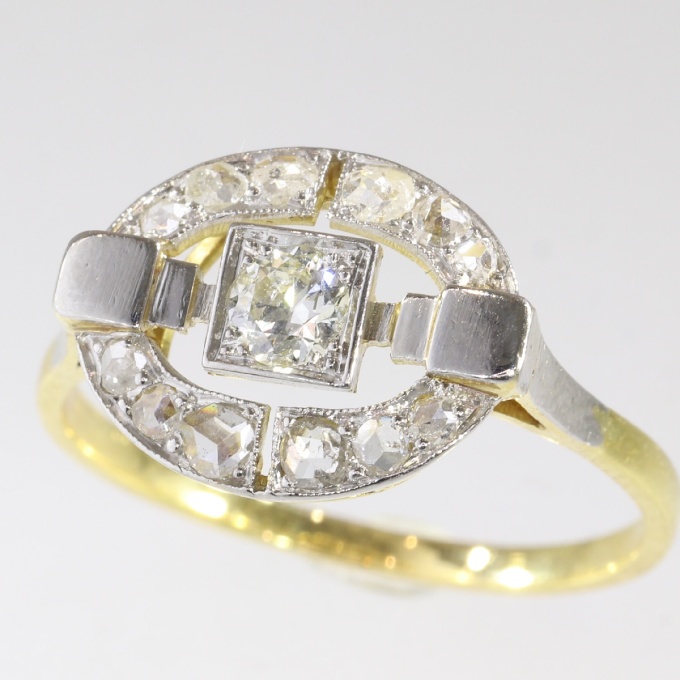 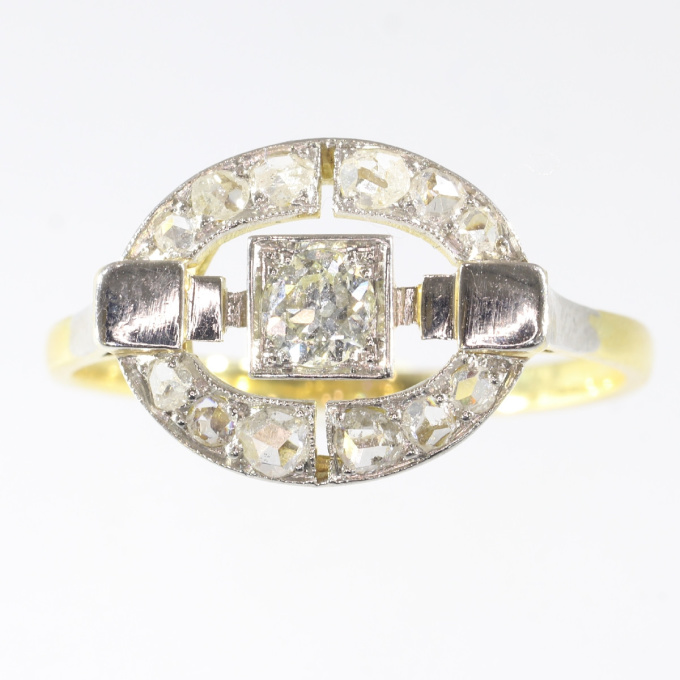 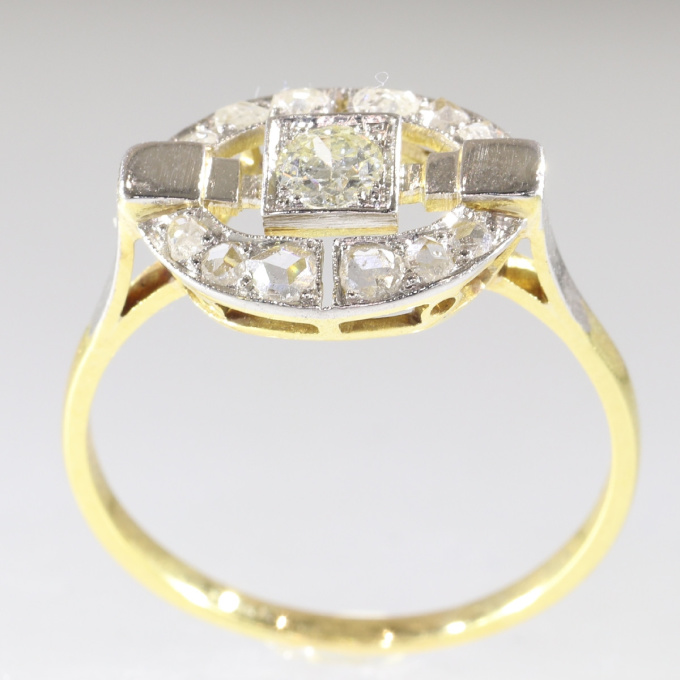 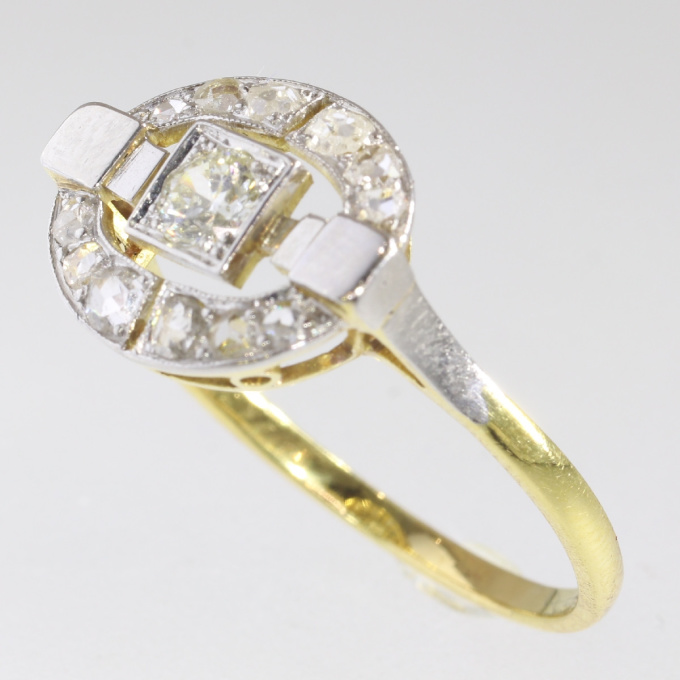 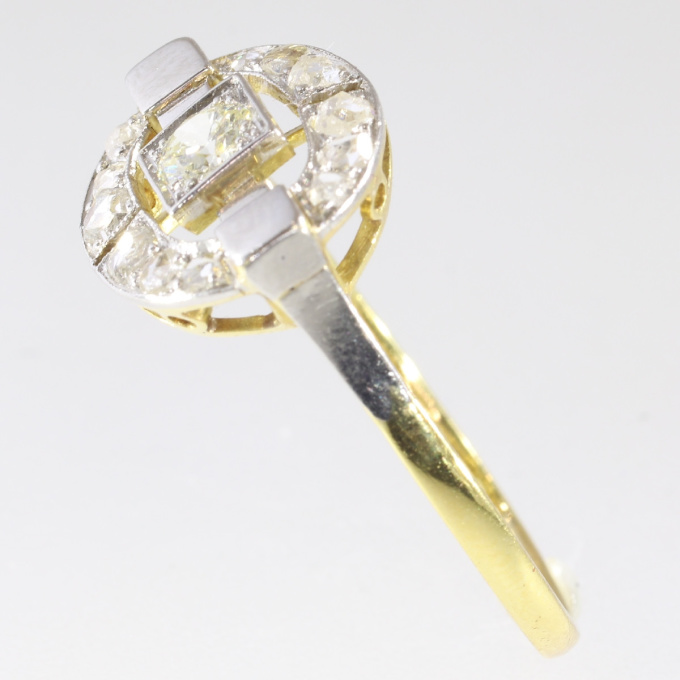 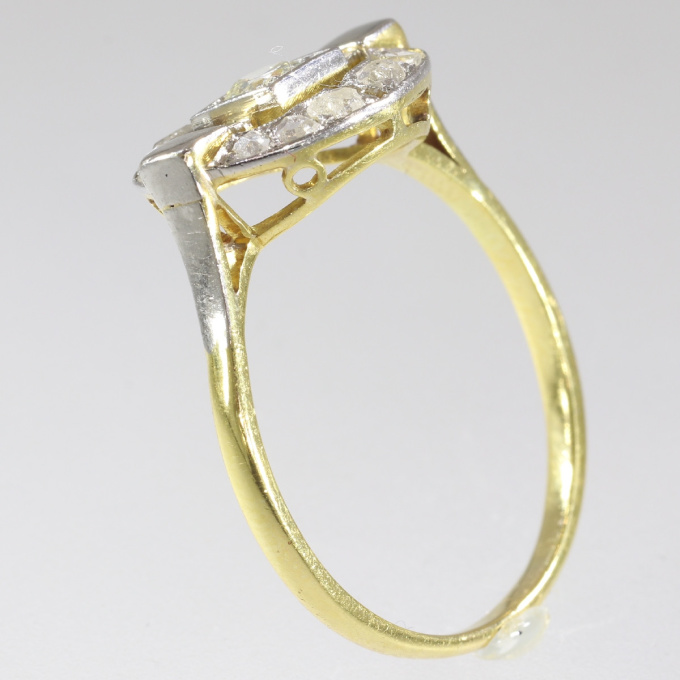 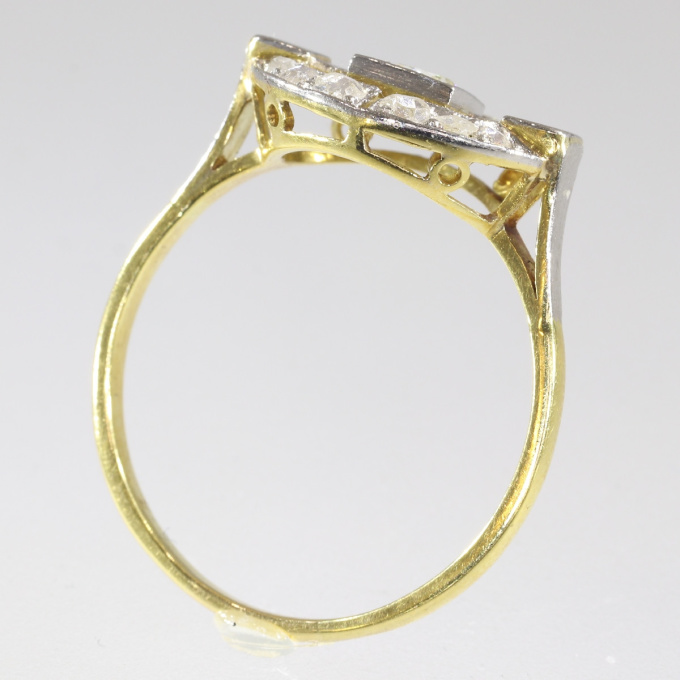 Art Deco bi-colour gold ring featuring a central old European cut diamond in a square setting flanked by two square solid gold shoulders attaching it to the shank of the ring and encircled by an oval cluster of twelve rose cut diamonds.

Style: Art Deco - Art Deco is an eclectic artistic and design style which had its origins in Paris in the first decades of the 20th century. The style originated in the 1920s and continued to be employed until after World War II. The term "art deco" first sawwide use after an exhibition in 1966, referring to the 1925 Exposition Internationale des Arts Décoratifs et Industriels Modernes that was the culmination of high-end style moderne in Paris. Led by the best designers in the decorative arts such as fashion, and interior design, Art Deco affected all areas of design throughout the 1920s and 1930s, including architecture and industrial design, as well as the visual arts such as painting, the graphic arts and film. At the time, this style was seen aselegant, glamorous, functional and modern.
-  See also: Art Decoor more info on styles