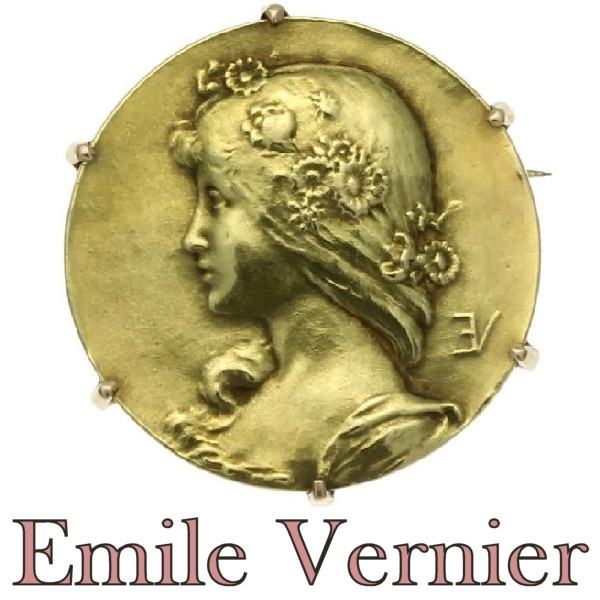 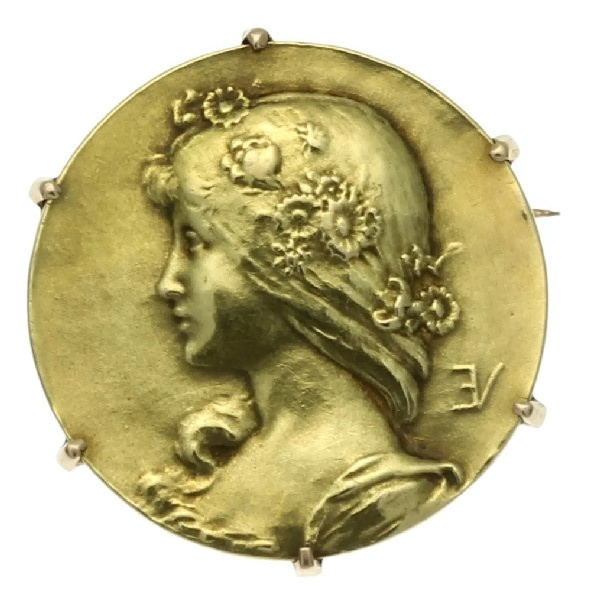 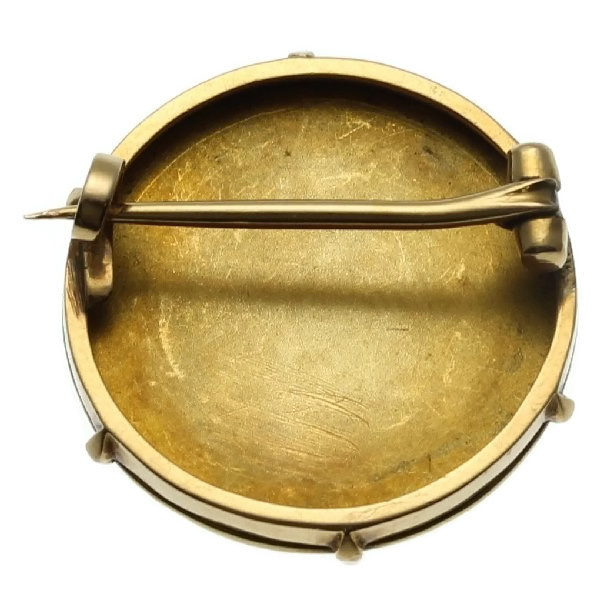 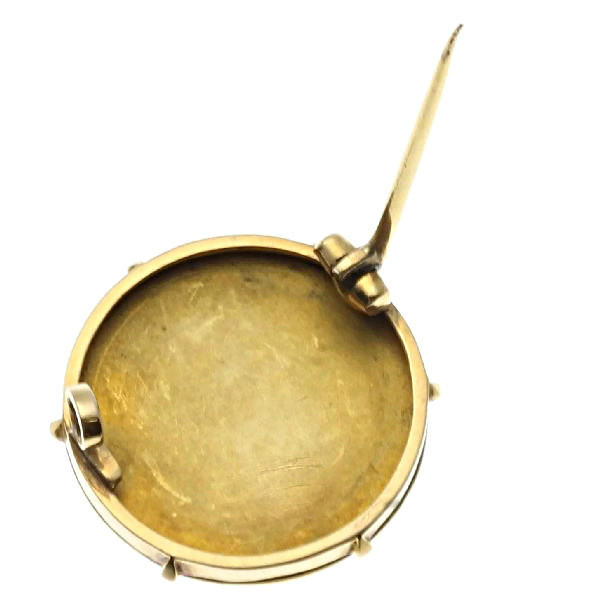 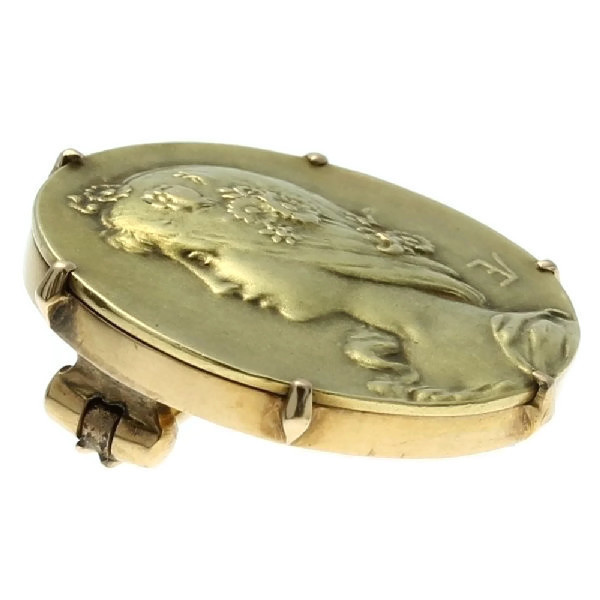 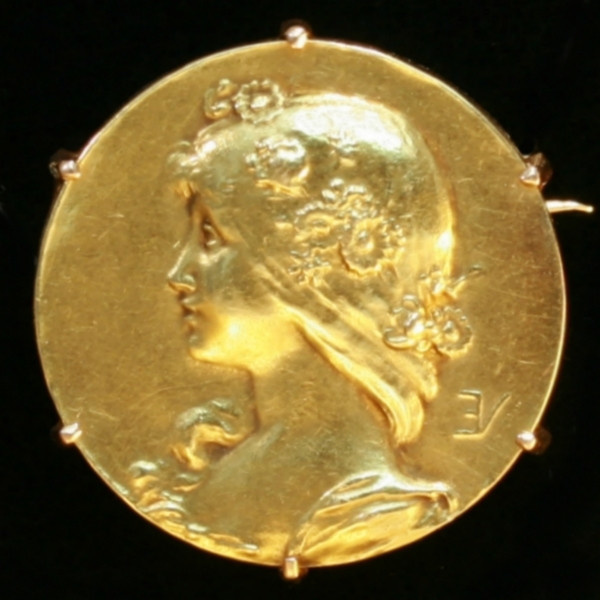 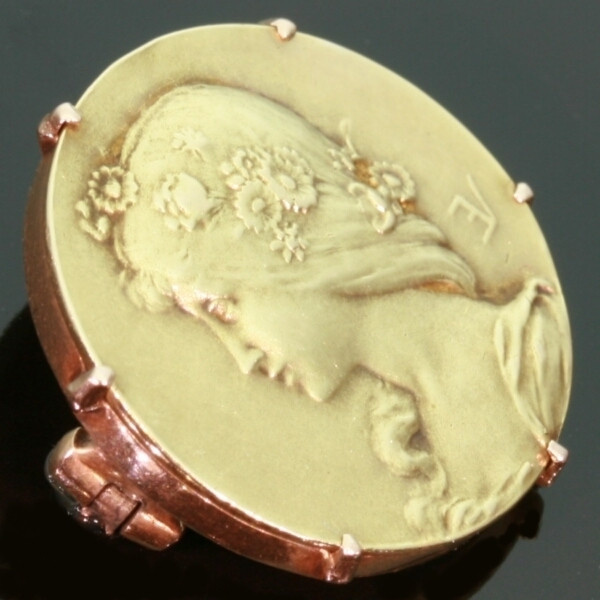 Style: Belle Époque - The Belle Époque (French for "Beautiful Era") was a period in European social history that began during the late 19th century and lasted until World War I. Occurring during the time of the French Third Republic and theGerman Empire, the "Belle Époque" was named in retrospect, when it began to be considered a "golden age" the major powers of Europe, new technologies improved lives and the commercial arts adapted Renaissance and eighteenth-century styles tomodern forms. In the newly rich United States, emerging from the Panic of 1873, the comparable epoch was dubbed the Gilded Age. In the United Kingdom, this epoch overlaps the end of what is called the Victorian Era there and the period named theEdwardian Era. or more info on styles

Style specifics: - Medaillist Revival (in the The Belle Époque towards Art Nouveau) In 1886 Emile Olive (1853-1902) launched the medal-jewel with Vernier's Diane which resulted in the revival of medaillist's art in France.

Theme: A young woman with flowers in her hair

Extra information: Emile Vernier - E.Vernier a famous French medaillist, that was one of the foremen of the revival of the medaillist art in France around 1886. He was also a collaborator of Falize (other famous French jeweller) and awarded the prestigious 'Medal ofHonor at the Salon'.

Émile Louis Vernier was a French painter and lithographer, known for his marine scenes. He was enrolled in the Royal College of Besançon, for a military career, but was allowed to move to the Besançon school of drawing, and then to enter the studio of Collette, a well-known lithographer. He submitted his work to the Paris Salon for the first time in 1857. He would receive several medals from the Salon, and in 1869 and 1870 was a member of the admission committee for the etching and lithography section. Vernier is buried in the Père Lachaise Cemetery in Paris.