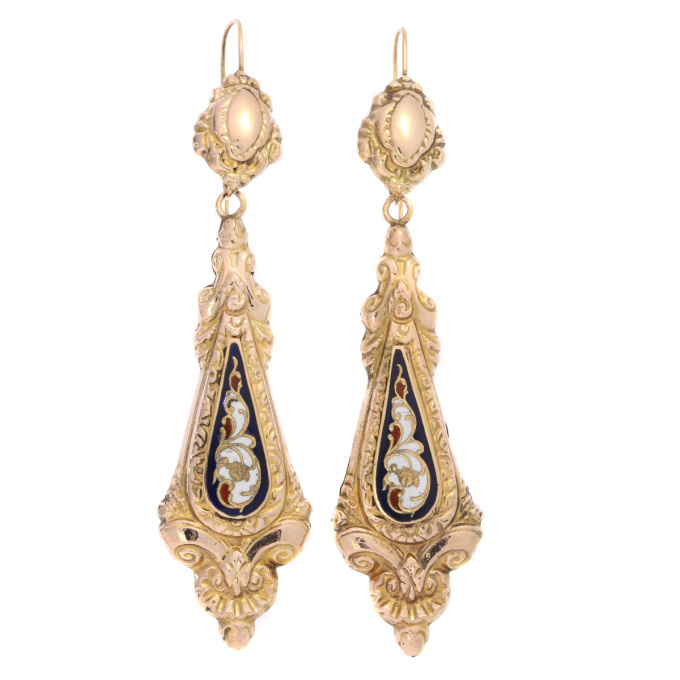 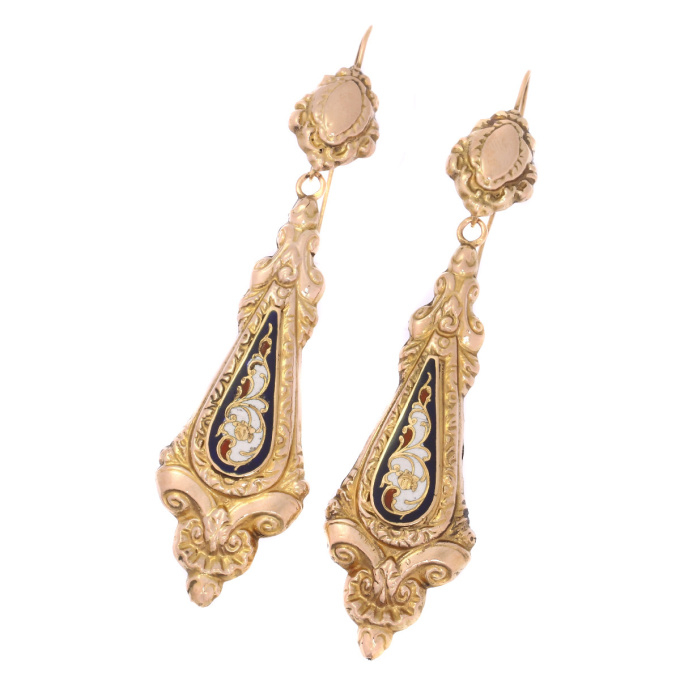 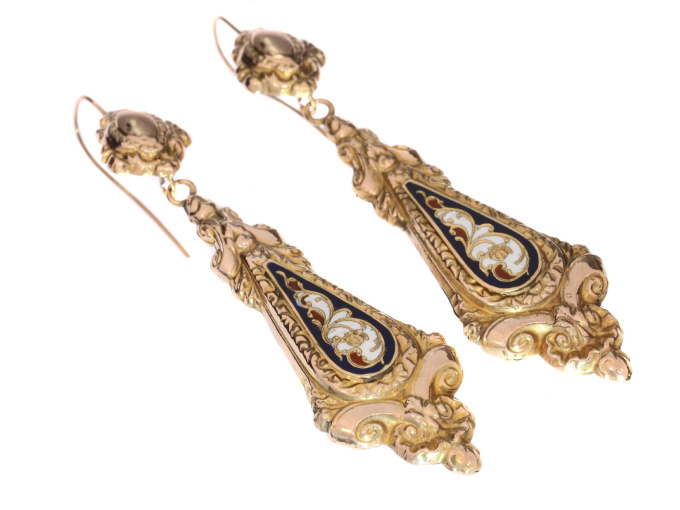 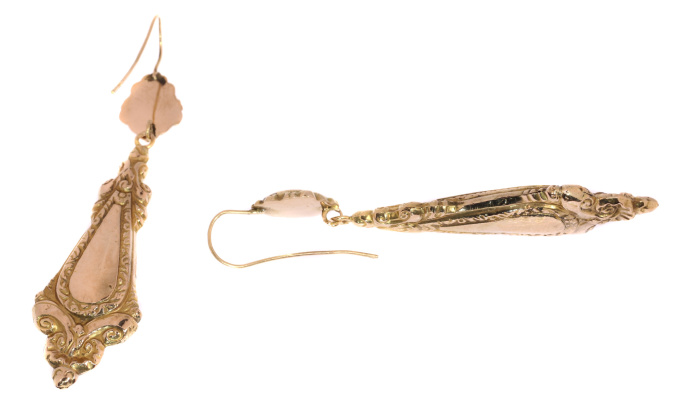 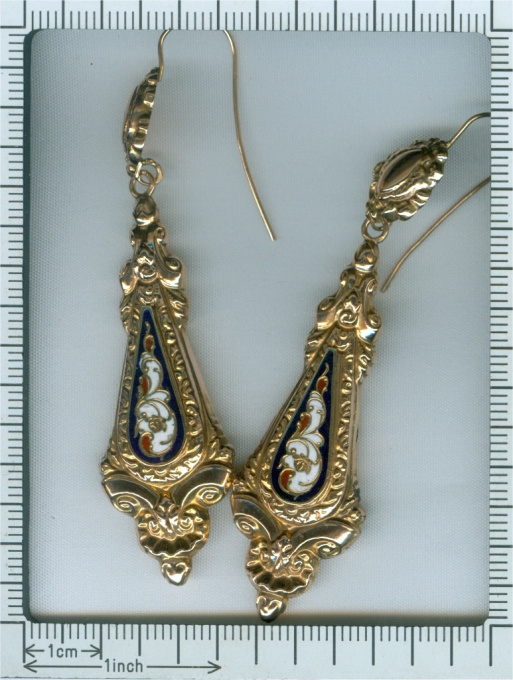 Country of origin:This can be of French of Belgian origin because the hallmark used, a horse head, was used in both countries.

Style specifics: Victorian - In 1837 Queen Victoria begins the longest reign in the history of Great Britain. For 64 years, from 1837 till 1901, she symbolizes the growth and triumph of the British Empire as Queen of Great Britain and Ireland and Empress of India.Proud, passionate about beautiful things, highly educated about all styles of time, she influences the lifestyles through her taste and immense love of jewelry.

Technique: Enamelling is an old and widely-adopted technology. The ancient Egyptians applied enamels to pottery and stone objects. The ancient Greeks, Celts, Russians, and Chinese also used enameling processes on metal objects. Enamel is the colorful result offusing powdered glass to a substrate by firing, usually between 750 and 850 degrees Celsius. The powder melts and flows and hardens to a smooth, durable vitreous coating on metal, glass or ceramic. According to some sources, the word enamel comes fromthe High German word smelzan (to smelt) via the Old French esmail. Used as a noun, "an enamel" is a usually small decorative object, coated with enamel coating, such as a champlevé or a cloisonné (different techniques).

Hallmarks: The French control mark for 18K gold representing a horse's head that was in use in France from about 1838.
-  (more info on hallmarks)