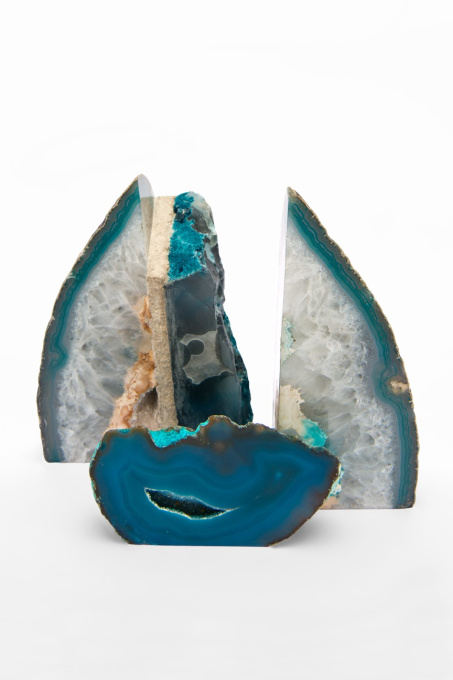 Since they graduated from the University for Design and Art in Zurich (now ZHdK) in 2005, the twin brothers Markus and Reto Huber (*1975 Münsterlingen), have been working together under the label huber.huber.

Over the past years, huber.huber have attracted attention chiefly with their collages and drawings, but also with sculptural works and installations.

The main themes of their work circle around the ambivalent relation between civilization and nature. huber.huber deal with current social questions. Hope, fears, belief and the failure of humanity become a central topic. Their surprising juxtaposition and their special irony and oddity makes them convincing. In the putative idyll the abyss always lurks.

huber.huber's multilayered work has been shown in a variety of galleries and a number of group exhibitions in Switzerland and abroad. With „Vor der Vergangenheit“ (Before the Past) in 2008 the Kunsthaus Glarus dedicated the first sizable institutional solo exhibition to huber.huber. This was followed in 2009 with a further large solo exhibition under the title „I cani non hanno anima“ (Dogs Do Not Have A Soul) at the Cantonal Art Museum Lugano. In 2015 the Aargauer Kunsthaus showed the solo exhibition „And suddenly the sun set“.

2005 they received a studio scholarship in New York by the Municipality of Zurich. 2006 they won the «Kulturpreis Julius Baer», 2007 the sponsorship aware of the UBS Culture Foundation. In 2009 they were nominated for the prestigious Vordemberge-Gildewart Preis. 2015 huber.huber won the Grant by the Canton Zurich.
Their work features in many major collections.