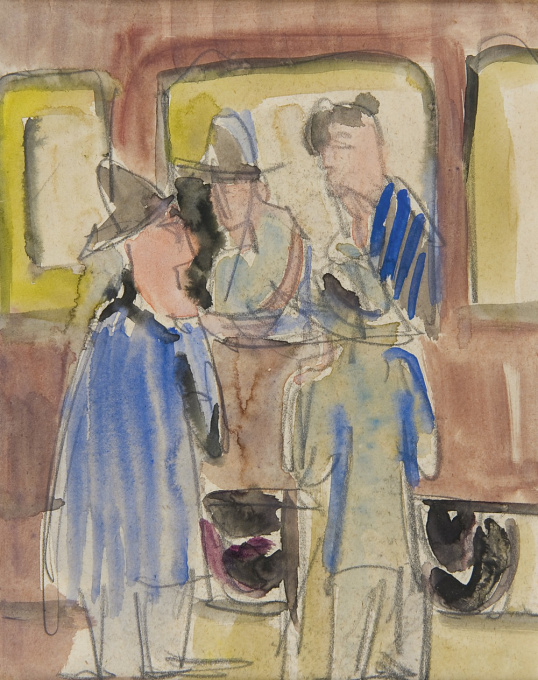 Ernst Ludwig Kirchner, as one of the founding members of Die Brücke (1905), is a leading exponents of German Expressionism. The goal of this avant-garde young man was to break with artistic conventions and search for a totally new form of art. The result of this was a language of form comprising bold, contrasting colours and expressive, angular shapes.
In 1914, Kirchner was forced to serve in the German army, only to collapse a year later and be admitted to the clinic of Oskar Kohnstamm in Königstein with symptoms of drug addiction. He showed no improvement there, but was highly receptive to impressions and made murals, watercolours, drawings and woodcuts.
In 1917 he left to convalesce at Davos, Switzerland, where he met Jan Wiegers. The ensuing collaboration between both painters was extremely fruitful and, via Wiegers, would later influence the expressionist visual language of the Groninger Ploeg painting group